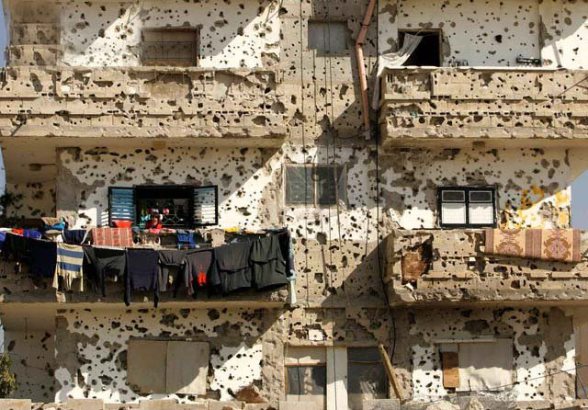 A Palestinian refugee camp, seized by the Islamic

State The camp lies on the outskirts of Damascus

On Wednesday, the IS attacked a Palestinian refugee camp in Syria, near Damascus. The Islamic State is getting closer and closer to the seat of power of President Bashar al-Assad.

It is believed that they received help from the Nusra Front, who opened the roads for them, gaining the opportunity to enter the camp.

Heavy clashes were reported in the camp by the Syrian Observatory for Human Rights (SOHR) between Aknaf Beit al-Maqdis (an anti-Assad faction) and the Islamic State.

Thousands of civilians are trapped inside.

Due to this, Jordan closed its borders.

It is important for us to keep the safety for the passengers and those who are trying to cross between the two countries. So we decided to close the border temporarily, until things calm down. Then we will open it again

According to the U.N., at least 25.000 foreign fighters have joined the Islamic State or al-Qaeda up until now. Between 2014 and 2015, there has been a 71% rise in the number of foreign fighters for extremist groups.