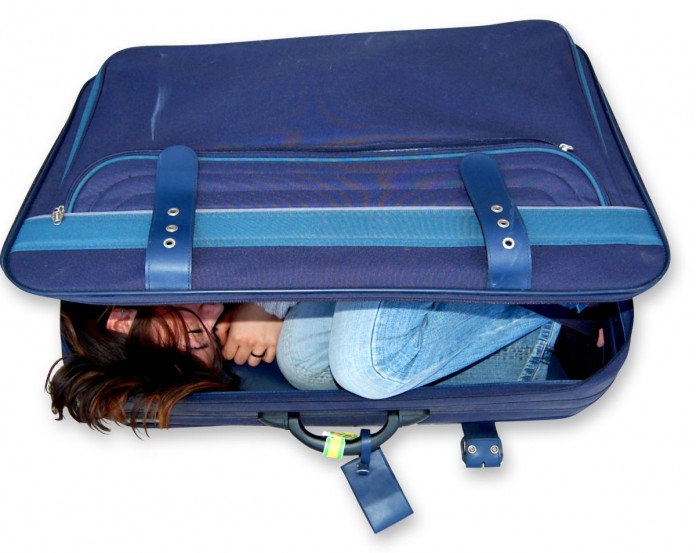 The couple risked three years in prison for trying to evade border control.

A very unusual thing happened on a train that was on the Moscow-Nice route. A 60 year old man and his 30 year old wife risked three years in prison in the name of love, after the man tried to smuggle her over the border in a giant suitcase.

Obviously, the size of the suitcase drew the officers’ attention, who proceeded to inspect it. They didn’t find socks, underpants and shirts. Instead, a woman popped up, claiming to be his wife. Luckily, she did not require any medical attention after being crammed in there for so long.

At first, it was thought that she is a victim of human trafficking. The two were eventually released and went back to Belarus.

Funny thing is, people without European citizenship can enter the Schengen zone if they are married to an EU citizen.