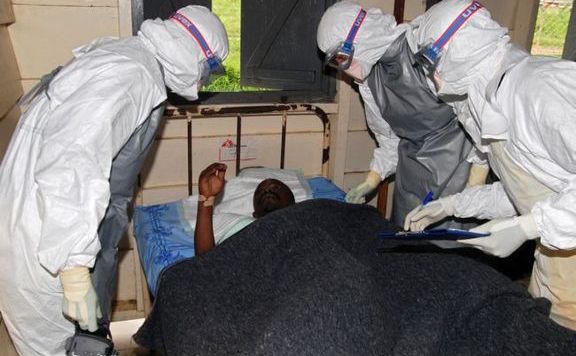 WHO: The number of deaths caused by Ebola has exceeded 5.000

This estimate, which was released on Wednesday, was updated until Sunday, November 9th

The number of deaths caused by the epidemic of Ebola hemorrhagic fever has exceeded 5.000, recording 5.160 deaths out of 14.098 cases, according to the latest total released by WHO, AFP reports.

This estimate, which was released on Wednesday, was updated until Sunday, November 9th. The epidemic, the worst since the identification of the virus in 1976, broke out in Guinea, in late December, 2013. Since then, there have been 2.836 deaths in Liberia out of 6.822 cases.

In Sierra Leone, WHO has recorded 1.169 deaths from 5.368 reported cases, and 1.142 deaths from 1.878 cases in Guinea. In Liberia, they have found a relative stabilization of the epidemic with 97 new cases. In Sierra Leone, the transmission level is considered “intense” by WHO, with 421 new confirmed cases.

The total in Nigeria and Senegal has remained unchanged for over 42 days, 20 cases out of which 8 deaths in Nigeria and one case in Senegal, a student from Guinea whose healing was announced by authorities on the 10th of September. These two have been removed from the list of countries where the epidemic has spread.

WHO signaled four cases in Mali, which resulted in the deaths of the patients. The total number of deaths for the medical staff has increased, with 320 deaths from 564 contaminations, compared with the 311 deaths from 549 cases of the latest total.

In the USA, four cases have been recorded, but only one Liberian patient, returning from his country, has died. Spain had one case of infection with Ebola, a nurse which took care of two missionaries contaminated and repatriated in Madrid, where they died in August and September. The nurse has since been declared cured of Ebola.