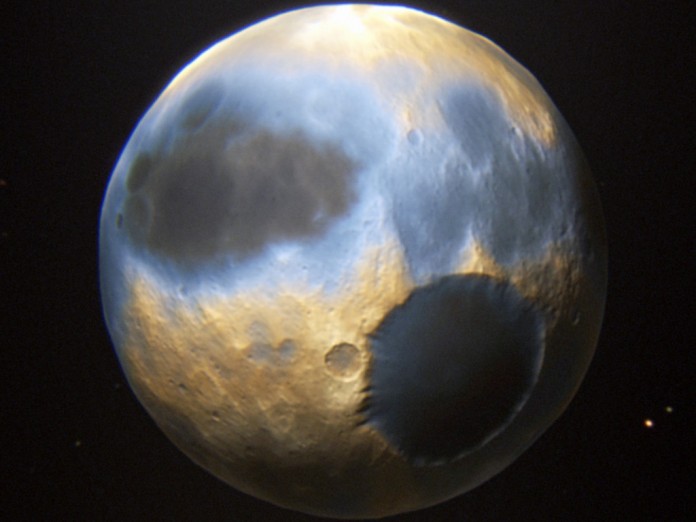 We will finally be able to see Pluto as it is

On the left you see the clearest picture of Pluto (and its moon) that there is, and on the right an artist’s rendition of how we might see it soon

The New Horizons space probe is now closer to Pluto than it is to the Sun. It will reach the distant planet (40 times farther from the Sun that the Earth) on the 14th of July, this year.

Currently, the best images of Pluto from the Hubble Space Telescope provide just a hint of what might be in store for the New Horizons cameras. It shows a world marked by sharp contrasts, with some areas as dark as asphalt and others as bright as snow

The New Horizons spacecraft is racing towards Pluto at 14km/sec. When it gets there we will finally have a clear view of Pluto’s outer shell and we will be able to map it. And you can help!

The International Astronomical Union (IAU) has created a website (http://www.ourpluto.org/home) where you can vote for and suggest names for Pluto’s soon to be newly-discovered areas. You have until the 7th of April to vote, if you wish to do so.