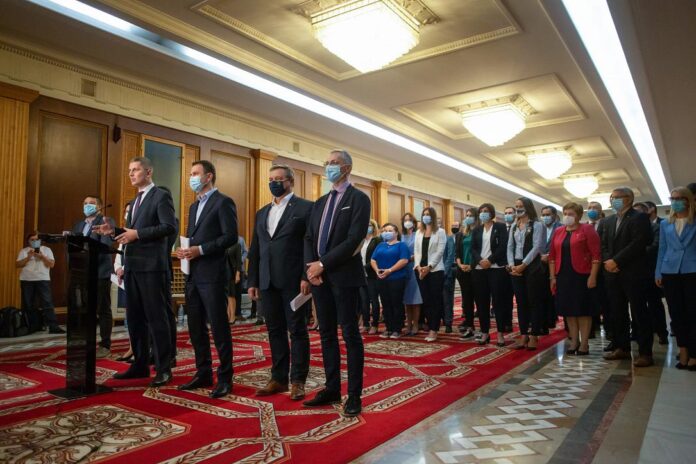 USR-PLUS pulls out of Romania’s Government

USR-PLUS decided to pull its ministers out of Romania’s Government, thus forcing the senior ruling partner The National Liberal Party PNL, to either dismiss prime minister Florin Cîțu and resume genuine negotiations in the view of a new executive team, or keep the Government of PM Cîțu alive one way or another but face a de-facto no-confidence motion in Parliament within the maximum duration of an interim minister, meaning 45 days.

“We have to use plan B because plan A was the motion of censure and it failed. There are two options: either PNL accepts that USR-PLUS is a serious partner for development and we move on with a new prime minister, or PNL chooses an alliance with the Social Democrats [PSD],” USR-PLUS co-president Dan Barna stated.

Pulling out of the Government was a difficult decision, he said, adding that it is a message that Romania needs.

“After 30 years, there had to come a time in Romania when a party can say ‘that’s enough,” he explained.

The radical decision was announced by USR-PLUS co-president Dan Barna, on the evening of September 6.