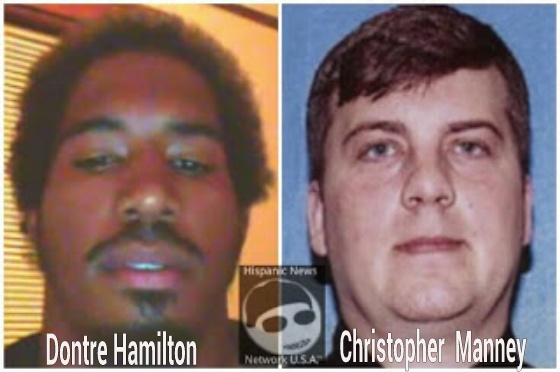 USA: Another policeman who killed a black man will not be charged

A Milwaukee police officer shot Dontre Hamilton, aged 31, on the 30th of April

A Milwaukee city police officer (northern USA), who killed a seemingly homeless African-American with 14 shots, causing demonstrations at that time, will not be charged.

The decision was announced by the prosecutors on Monday, in the context where the Justice has ruled on several occasions, in recent weeks, to exonerate police officers who have killed black people, says Mediafax.

The Milwaukee police officer, Christopher Manney, who was fired in the meantime, shot Dontre Hamilton, aged 31, on the 30th of April, after being called by the employees of a café, who were disturbed by this man, sleeping in a neighboring park.

A physical confrontation started between the two men at the time of arrest, so the officer used his weapon.

„This is a tragic incident for the Hamiltons” wrote the prosecutor in the report, but “given the testimony and analysis of the facts, we concluded that officer Manney used the weapon in self-defense, and therefore cannot be indicted for murder”.

According to the Milwaukee-Wisconsin Journal Sentinel, the family’s lawyer, Jonathan Safran, will request a federal investigation.

Numerous demonstrations, in some cases riots, took place throughout the country for several weeks, denouncing racism and discrimination exhibited by police as a result of such incidents in Ferguson (Missouri) and New York.

Tensions have intensified on Saturday, after a black man, a petty criminal with psychiatric disorders, said that he wanted to take revenge on the police and killed two policemen in New York.