Ukrainian Government forces have launched an offensive near Mariupol 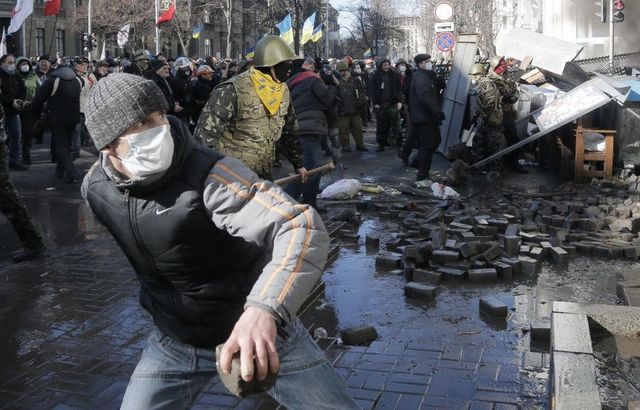 In the last 24 hours, at least seven Ukrainian soldiers and five civilians were killed in the fights in eastern Ukraine

Tuesday morning, the Ukrainian National Guard launched an offensive against positions held by the pro-Russian separatists in the city of Mariupol, a strategic point in south-eastern Ukraine, announced the National Security and Defense Council in Kiev (NSDC), quoted by Interfax and Reuters.

The NSDC Secretary, Oleksandr Turchynov, “is near Mariupol, where units of the National Guard have pierced through the enemy defenses and started the offensive”, a NSDC statement shows.

In the last 24 hours, at least seven Ukrainian soldiers and five civilians were killed     in the fights in eastern Ukraine, Ukrainian authorities and pro-Russian rebels announced, in separate totals.

„Seven soldiers have been killed and 23 were wounded in battle and in the attacks on army positions” said the spokesman of the General Staff of the Armed Forces of Ukraine, Viaceslav Selezniov, in a press conference.

At the same time, three civilians were killed and seven wounded, following the artillery attacks in Debaltseve, city controlled by the Ukrainian army, in danger of being surrounded by pro-Russian rebels.

In the city of Donetsk, stronghold of the rebels, two civilians were killed, according to a total presented by the separatist Mayor. Artillery fire and Grad rockets launched from separatist positions could be heard on Monday night and on Tuesday morning.