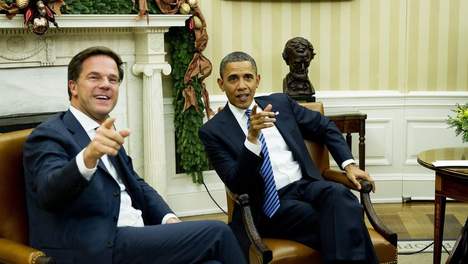 U.S. president Barack Obama declared on Tuesday, during a phone call with Dutch PM Mark Rutte, that Russia will face further “costs” if it continues with the destabilization strategy in Ukraine, informed AFP.

A statement from the White House declared: “Russia will face additional costs if it continues to back the violent separatists and does not end the destabilization of Ukraine.”

Out of the 298 people that were on board the Malaysia Airlines’ Boeing 777, that crashed Thursday in East Ukraine, most likely shot down by an anti-aircraft missile, 193 were Dutch. According to senior members of the U.S. intelligence on Tuesday, the plane was probably shot down “by mistake” by poorly trained pro-Russian separatists.

„The plausible explanation would be that it was an error” and the rocket was launched by “a poorly trained crew”, given the fact that the system used, a Russian BUK anti-air missile system, requires a certain degree of training and knowledge, announced a U.S. official on Tuesday, in anonymity.

„The European Union and the United States must remain united in facing the events in Ukraine”, added the text, also stating that Obama welcomed the decision made by the European Union to further increase the sanctions towards Russia.

The two leaders also expressed their “concern” towards the elements that demonstrate the fact that Russia “is continuing to send weapons and soldiers… to support the separatists”.