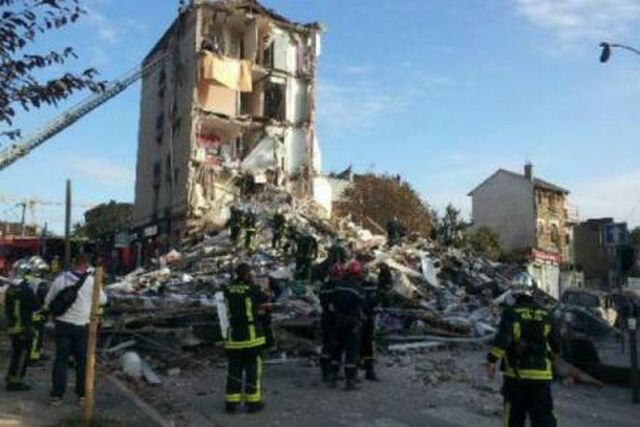 Two dead and twelve injured in a suburb of Paris, after a building collapsed

Five adults and five children were reported missing following the collapse of a building that was caused, most likely, by an accumulation of gas, authorities say

On Sunday, a child and an old woman died and twelve other people were injured as a result of an explosion that caused the collapse of a four-story residential building in Rosny-sous-Bois, a suburb of north-eastern Paris, AFP and Reuters inform.

„The woman died while we were pulling her out of the ruins” declared firefighter Commander Gabriel Plus. He stated that the woman was conscious when the intervention team established eye contact with her.

Four of the injured are in serious condition, said in turn Philippe Gally, prefect of Seine-Saint-Denis, while other victims might still be under the rubble.

The firefighters pulled two living adults from under the wreckage, but are still looking for five adults and five children that are reported missing.

„It’s the end of the holiday, so it’s difficult to know exactly how many people were in the building”, the prefect explained.

„The explosion was most likely caused by a gas leak”, said French Minister of the Interior, Bernard Cazeneuve, who traveled to where the tragedy took place.

In turn, the prefect confirmed that there are “suspicions” about a gas leak.