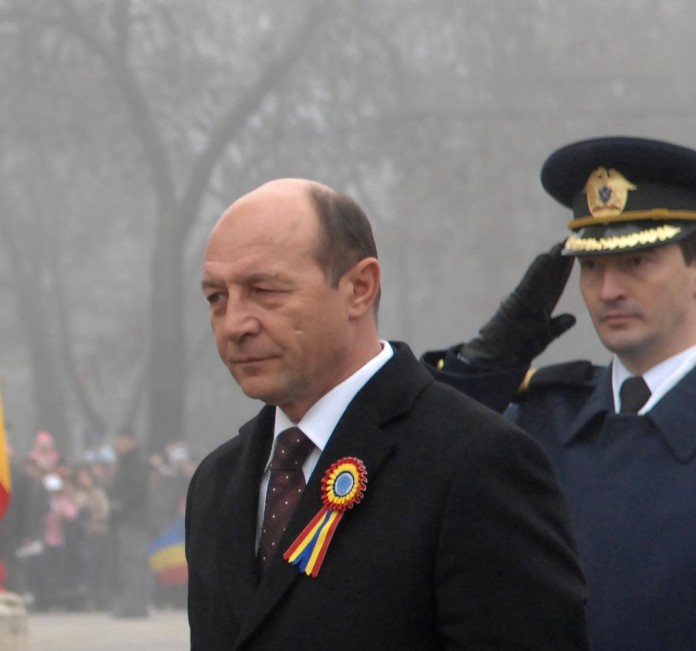 Traian Basescu is being prosecuted for extortion

The former President showed up on Wednesday, at 10.50, at the General Prosecution Office

Wednesday, former President Traian Basescu showed up at the General Prosecution Office for a hearing, as a suspect, on the charges of threatening, in the file opened on Gabriela Firea’s complaint.

Upon entering the premises of the General Prosecution Office, Basescu refused to answer any questions. This, especially since the former head of state was greeted by a group of protesters who were chanting: “In jail! Basescu in jail!”.

Lawyer Lucian Bolcas (who is representing Gabriela Firea, the person who filed the complaint against Traian Basescu) stated on Wednesday, when leaving the General Prosecution Office, that Traian Basescu and his lawyer asked the prosecutors for some time to study the file. Therefore, according to the prosecutor, the investigator will set a new deadline for the former President’s hearing.

Lucian Bolcas also stated that, in this case, criminal prosecution has not yet begun, but Traian Basescu is being investigated for the crimes of extortion and threatening.

Traian Basescu left the premises of the General Prosecution Office after only 30 minutes, without making any press statements.