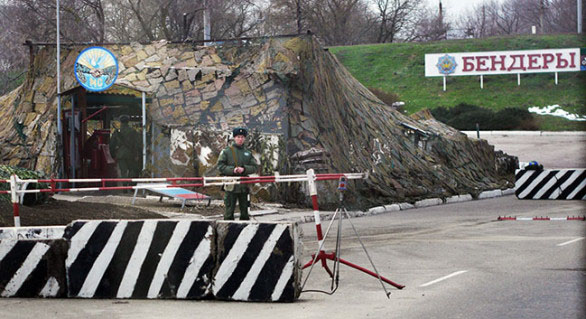 Shtanski: „We are waiting Russia’s recognition of Transnistria, because we have enough legal and historical arguments”

Tiraspol separatist authorities declared on Wednesday that Transnistria has never belonged to the Republic of Moldova and that, in fact, “Bessarabia was annexed” to the region left of the Dniester, reported the Regnum Russian agency and the Dnestr TV station on their website, quoted by Mediafax.

„We are waiting Russia’s recognition of Transnistria, because we have enough legal and historical arguments” declared the Transnistrian „Minister of Foreign Affairs”, Nina Shtanski, during a press conference.

She highlighted that the recognition of the Transnistrian region is “the only possible future scenario”.

Shtanski compared the relations between Moldova and Transnistria with a „marriage”.

“The Soviet Socialist Republic of Moldova was a marriage that lasted for only about 50 years. <<The family>> formed after Bessarabia joined Transnistria, not the other way around. Transnistria was never Moldovan land. When the Soviet Union fell apart, the <<marriage contract>> was terminated” – Nina Shtanski, head of the Transnistrian diplomacy

She added that the leader of the Tiraspol regime, Yevgeniy Shevchuk, proposed Moldova last year to sign a “civilized divorce”.

According to Shtanski, Chisinau has committed to maintain the neutrality, but “is not respecting this arrangement, in the context of signing the Association Agreement with the European Union without regard to Tiraspol’s opinion”.

„Furthermore, Moldova’s army is financed with NATO, US and Romanian funds, this is not a secret for anyone” declared the Transnistrian official.