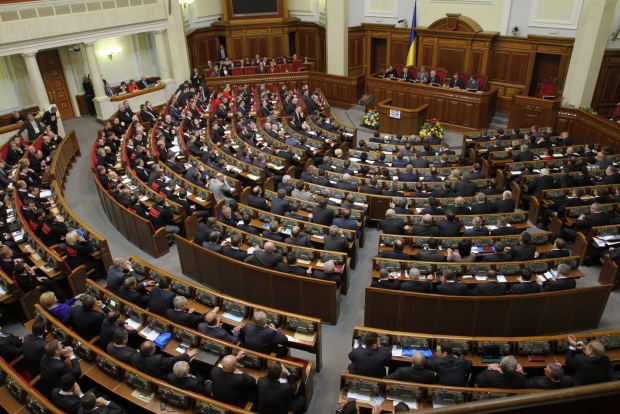 Tuesday, the Unicameral Parliament in Kiev (Verkhovna Rada) adopted a bill through which Russia has been declared an “aggressor state”, and the self-proclaimed republics of Donetsk and Lugansk have been classified as terrorist organizations. The Verkhovna Rada has also called for additional international help and tougher sanctions against Moscow, Reuters says.

On Monday, the Kiev Government announced the installing of Public Emergency state in the Donetsk and Lugansk separatist regions, where the pro-Russian insurgents declared that they plan to create a common front after launching a new offensive on Friday against government troops. At the same time, throughout all of Ukraine the Maximum Alert state has been installed.

The document was adopted by the Ukrainian Parliament, not too long ago, during a special meeting. The vote in the Verkhovna Rada comes as the Kiev Government declared the emergency state in the two regions affected by the clashes with the pro-Russian rebels.