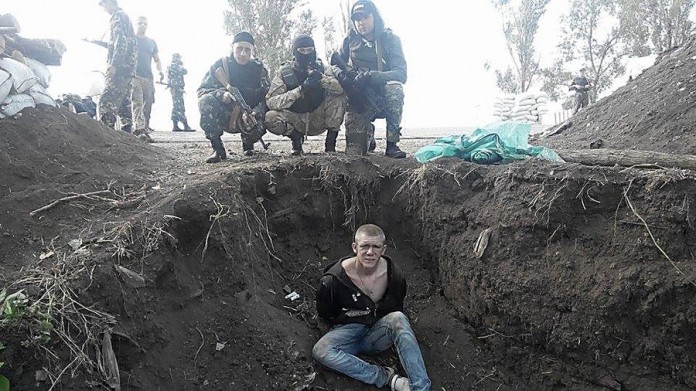 The Ukrainian army has killed a Russian general

A Commando group of the “Dnepr-1” Battalion of the Ukrainian army undertook a special operation in the Telmanovo village, during which they killed “terrorist” (that’s how the authorities and the mass-media in Ukraine call the separatists) Andrei Borisov (a.k.a. “The Chechen”) and three Russian soldiers, including General Sergei Adreicenko, reported the Unian Ukrainian News Agency on Tuesday, quoting the 6029 website in Mariupol.

The operation, which took place in Telmanovo, a small city located between the Donetsk regional capital, stronghold of the pro-Russian separatists, and Mariupol, strategic port city on the coast of the Azov Sea,  happened on the night of 8 to 9 October, but has only now been found out about.

Along with General Adreicenko, who was coordinating the activity of the Russian Secret Services in the Priazovie area, meaning the adjacent area of the Azov Sea, Southern Ukraine, “Russian diversionists” Vladimir Lasiakov and Vasili Protasov have died.

The rebels, backed by Russian soldiers (officially on leave in Ukraine) have repeatedly tried to take control of this strategically important port, which would provide Russia with land connection with the Crimea Peninsula.