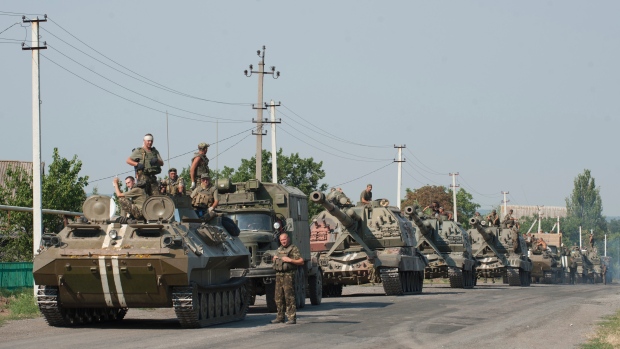 Kiev and the West accuse Russia of supporting the pro-Russian rebels in eastern Ukraine, which Moscow categorically denies

The Ukrainian soldiers and the Luhansk rebels have agreed on Monday night to cease fire on the frontline starting from the 5th of December and to withdraw heavy artillery from the 6th, according to a release by OSCE, RIA Novositi reports.

The parties have agreed on a comprehensive ceasefire throughout the buffer zone along the frontline. This agreement will begin on the 5th of December. Furthermore, the Ukrainian army and the rebels will start withdrawing their heavy artillery from the area on the 6th of December

The Organization for Security and Co-operation in Europe (OSCE)

According to the OSCE observers, these decisions were taken on Monday, during consultations.

Kiev and the West accuse Russia of supporting the pro-Russian rebels in eastern Ukraine, which Moscow categorically denies.

A fragile ceasefire (which was not respected) was established in eastern Ukraine, after signing the agreements in Minsk, on the 5th of September, between Kiev and the pro-Russian separatist from Donetsk and Luhansk, with the participation of Russia and OSCE. In the beginning, the agreements allowed to stop the fighting in most of the areas on the line.