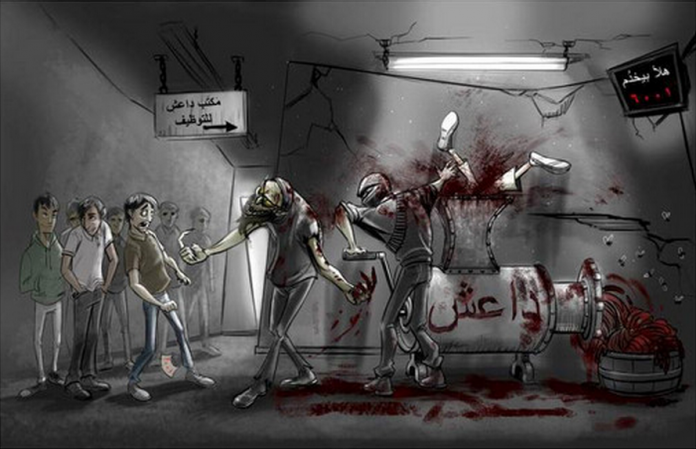 The U.S. is dropping propaganda leaflets in Syria

60.000 of these were dropped over ISIS’ Syrian capital

On the 15th of March, an F-16 belonging to the U.S. Air Force dropped tens of thousands of propaganda leaflets over the city of Raqqa. The city has been claimed by ISIS as the capital of their so-called caliphate.

The message of this leaflet is that if you allow yourself to be recruited by Daesh (ISIS), you will find yourself in a meat grinder… It’s not beneficial to your health