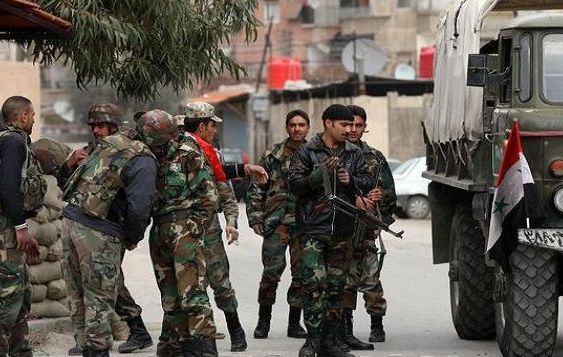 The Syrian army re-conquered a town north of Damascus

On Thursday, the Syrian army retook the city of Adra, situated north of Damascus, which has been in rebel hands since December 2013, announced a senior Syrian security official for AFP.

„This morning, the army retook control over the worker city of Adra and restored security in the area”, declared the quoted information source.

The army already had control over the industrial zone of Adra, the largest in Syria, and over the part of the town situated along the highway that connects Damascus with Homs.

Neighborhoods nicknamed “Adra worker districts”, where 20.000 people, employed in the factories, were living since the beginning of the violence in 2011, were conquered by the rebels nine months ago and recaptured by the army on Thursday, according to the cited security source.

However, as announced on Thursday by the Syrian Observatory for Human Rights (SOHR), the fighting continued on Thursday morning in the workers’ town, and the rebels continue to hold control over the “old city”.