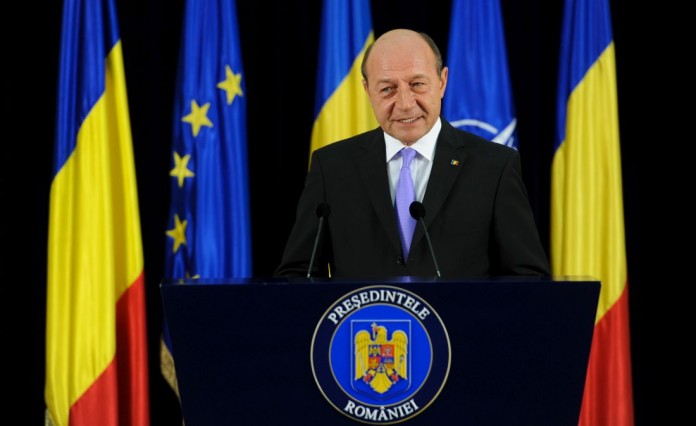 The President of Romania to Lukoil: „Get out of here, boys!”

The President of Romania used strong language against the Russian company

Romanian President Traian Basescu had a very severe response for the Russian company Lukoil, whose leadership threatened to leave Romania if the prosecutors will continue to prevent their activity by seizing the refinery in Ploiesti.

Traian Basescu reacted severely and told the Russians from Lukoil, through foul language, that they can leave Romania, but without the refinery: “Get out of here, boys, if you do not follow the state’s laws! Leave, but don’t even think that you’re leaving with the refinery”.

Lukoil must decide: either respect the Romanian laws, or, if they want the Moscow laws, let them go there, not in Romania. They cannot make this kind of pressure on the Romanian judiciary system just because they are Lukoil. I heard another lie these days: ‘Lukoil is contributing to the state budget with 700 million euros every year’. My beloved, Lukoil has been losing money for the past 5 years, which leads me to believe that at the end of the investigation those 230 million euros will only be…an opening regarding the total amount. How did Lukoil, if it’s losing money, give 700 million euros to Mr. Ponta for the yearly budget?  I can answer that: they gave him his own money. They gave him the excise money, the one of the Romanian state, for which if the fuel is either from Lukoil, or Petrom, or Rompetrol, the same amount of money needs to be given to the Romanian state, because it’s an excise. Lukoil has had no profits, at least that’s what their statements show until now, in the last five years, from which they should have given God knows how many contributions to the state budget. Lukoil has been losing money. The courage of those who sent the message: << we will think until Friday and if we see that you’re not done with this stuff, with the justice, with prosecutors, we’re leaving>>. Get out of here boys, if you do not follow the state’s laws! Leave, but don’t even think that you’re leaving with the refinery