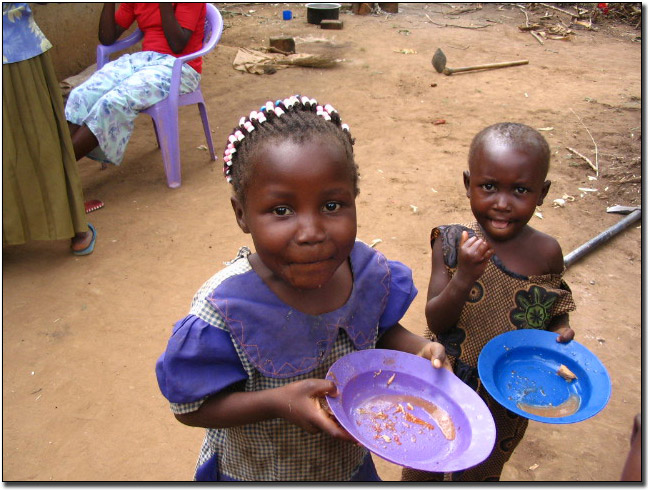 The number of child sacrifices in Uganda is rising

Witch doctors are sacrificing children in Uganda. Residents believe in the effectiveness of the ritualistic potions made from the blood and the organs of the human beings that are offered up as sacrifices to the gods. They also believe that the purer the person, the more powerful the spell/potion will be, so children represent the perfect victims. As a side-effect of this, parents are piercing girls’ years and circumcising boys, as an effort to protect their young ones.

The numbers are so high that the government is posting signs in towns, warning parents to always keep an eye on their children. A special task force has been created in order to deal with ritualistic sacrifices. Unfortunately, the Anti-Human Sacrifice Task Force has reported that the problem is getting worse all the time. Due to the recent economic development that has helped the middle-class, the poorer part of the country is now aspiring for a better standard of living. But, instead of working hard, the greedy latter believes that offering sacrifices to the gods will help them prosper.

Kanani Nankunda is a lucky survivor of such an attack. He and his sister let their cows wonder on Sperita Bisekwa’s field. The 28 year-old was so angry about this that he strangled Kanani and slashed the back of his head. Luckily, he survived, but he woke up to see his sister’s lifeless body, with her organs harvested, and her limbs severed.

The man has been sentenced to 10 years imprisonment for attacking the boy, and is awaiting trial for the murder of the 8-year-old girl.

In an interview for AFP, the head of the Anti-Human Sacrifice Task Force declared that as long as this ancient belief will carry on, the fight to stop child sacrifices will not yield too many results.