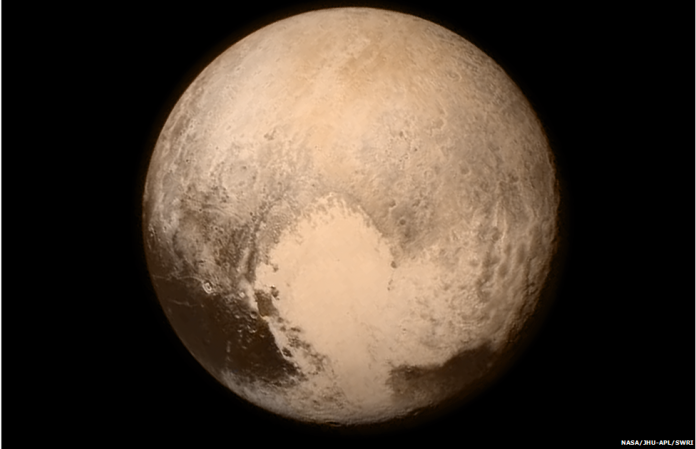 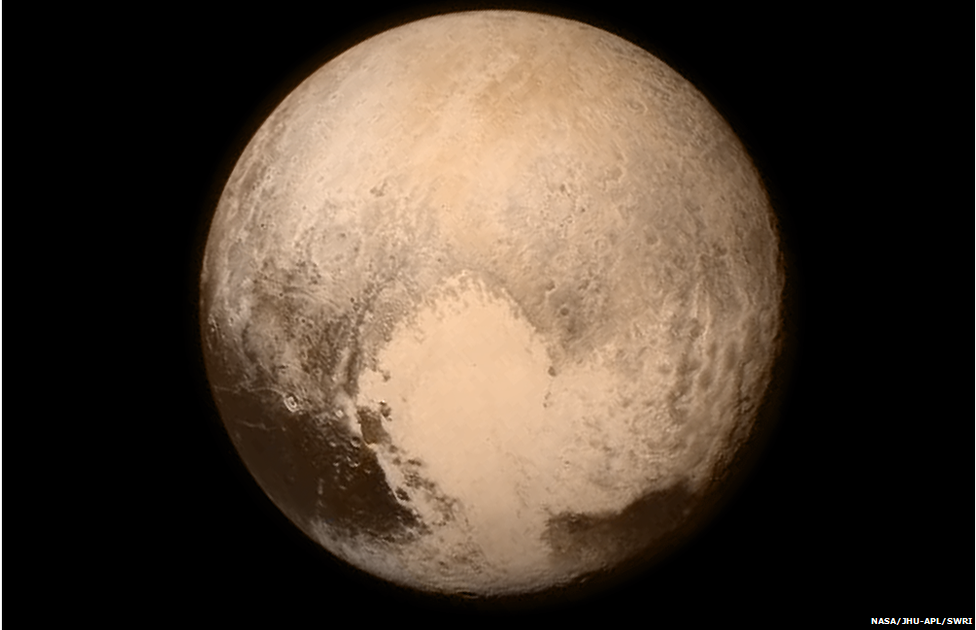 After nine years and 5 billion kilometres, NASA’s New Horizons spacecraft has finally made it to Pluto. This is the first time that humanity sees a clear and coloured image of the dwarf planet. The image was taken from approximately 12.000km away.

New Horizons is the latest in a long line of scientific accomplishments at NASA, including multiple missions orbiting and exploring the surface of Mars in advance of human visits still to come; the remarkable Kepler mission to identify Earth-like planets around stars other than our own; and the DSCOVR satellite that soon will be beaming back images of the whole Earth in near real-time from a vantage point a million miles away. As New Horizons completes its flyby of Pluto and continues deeper into the Kuiper Belt, NASA’s multifaceted journey of discovery continues. – John Holdren, director of the White House Office of Science and Technology Policy

The spacecraft is currently not in contact with the headquarters as it is gathering data from Pluto and its moons. More images are said to be published tomorrow. 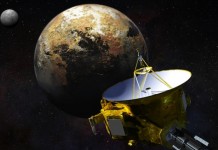 After a small glitch that made it shut down, NASA’s New Horizons spacecraft is back in business 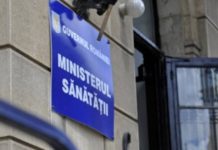 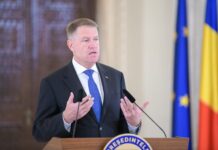 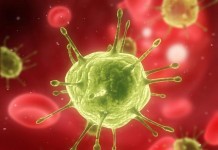