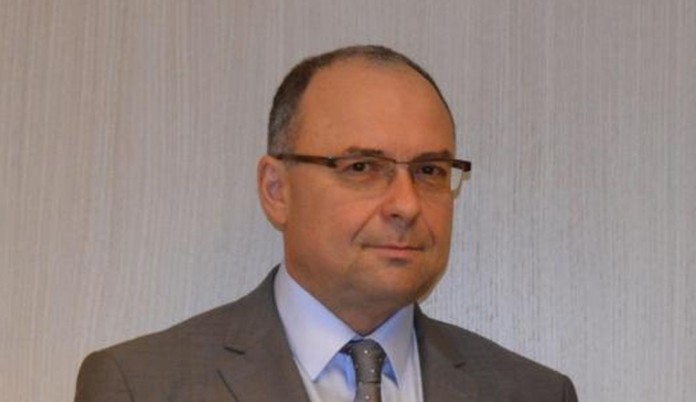 The new General Manager of Hidroelectrica, designated by Remus Borza, is investigated by DIICOT

The new General Manager of Hidroelectrica, Ovidiu Agliceru, appointed to the company’s management, is investigated by DIICOT (Directia de Investigare a Infractiunilor de Criminalitate Organizata si Terorism – Directorate for Investigating Organised Crime and Terrorism – DIOCT) for joining organised crime group and abuse of office, with serious consequences in the business for rehabilitating the Portile de Fier I (Iron Gates I).

In 2003, from August to October, according  to one of the company’s communicate, Agliceru was a member of Hidroelectrica’s Directory. He works at Hidroelectric since 1999, when he was named Technical Deputy General Manager at the headquarters of Hidroelectrica; in 2006 he became chief of General Inspection Service and between 2009 and 2013 he was a manager of Internal Control Directory.

Only that, since March this year, Ovidiu Agliceru is considered a suspect in an important criminal case of DIICOT, in which the prosecutors of fighting organised crime are investigating

According to DIICOT’s ordinance from March, that was obtained by Sursa Zilei, the initiation of the criminal proceedings for joining a criminal group and abuse in office started towards Ovidiu Agliceru.

Agliceru Ovidiu occupied the position of Deputy General Manager of Hidroelectrica SA in 2002. His offence of joining and supporting an organised crime group that was constituted on the management level of Hidroelectrica SA in 2002, formed of Pena Eugen, Oprea Traian, Cazanacli Cristian, Pavelescu Teodor and Bleier Ioan, comprises all the constitutive elements of the offence of constituting an organised criminal group, offence that is layed down and punished by the art. 367 par. (2) of the Criminal Code.

Agliceru’s problems come from the fact that was even president of some works acceptance committee made by VaTech at the Iron Gates I.

The prosecutors sustain that the abuse of office with severe consequences of which Ovidiu Agliceru was accused by the DIICOT prosecutors, consisted in the fact that himself, among with other managers that were also prosecuted, illegally admitted the final reception at the Group 6 from the Iron Gates I, considering the poor quality works performed.

Since March until now, 39 current and former heads of Hidroelectrica and of the Iron Gates I hydroelectric complex presented themselves at DIICOT so it will be brought to their notice the decisions of prosecutors to change the legal classification of 3 of them, the prosecution for other new facts included the Iron Gates I retrofitting file, and also to be heard in the same case.

After they were indicted, ever since 2010 Eugen Pena and Traian Oprea, Hidroelectrica heads in the period in which started the business with Va Tech, the Voith Siemens German consortium, DIICOT extended their investigations also for the period following October 2010. More exactly, Constantin Trihenea, former head of Hidroelectrica during the period when the Economy Ministry was led by Ion Ariton from PDL (Partidul Democrat Liberal – The Liberal Democratic Party), is prosecuted starting with the last month. Trihenea is accused that he did not requested contractual prejudices for the poor quality works performed in the consortium mentioned above.