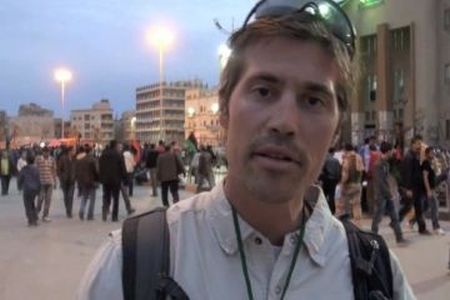 The Islamic State claims the beheading of an American journalist

James Foley was kidnapped in Northern Syria on November 22, 2012

The Islamic State (IS), a group of extremist jihadists, declared that they beheaded the American journalist James Foley in retaliation for the American airstrikes in Iraq, AFP informs.

In a video posted on Tuesday on the Internet, the IS shows a masked man dressed in black who seems to cut the throat of the journalist.

James Foley was kidnapped by armed med in Syria in November 2012. His family posted an online message after the publication of the video asking for time “to find answers”.

Experienced reporter, James Foley, aged 40, has especially covered the conflict in Libya before going to Syria, where he reported the uprising against the Bashar Al-Assad regime for the Global Post, AFP and other media inform.

According to several testimonies, James Foley was kidnapped in Northern Syria on November 22, 2012. His family, which launched an information campaign, has not heard anything from or of him ever since.

The video, which is less than 5 minutes long and is titled “Message to America”, was filmed in an unknown desert area.

The masked man who seems to execute the journalist talks in English with a British accent.