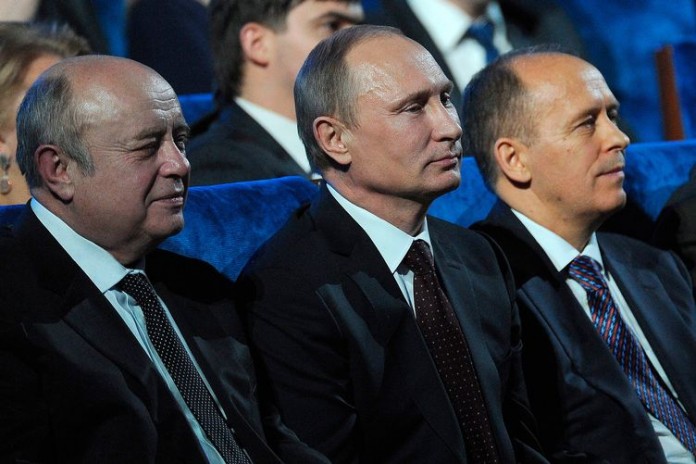 The heads of Intelligence Services of Russia, sanctioned by the European Union

Drastic economic sanctions could be decided next week

According to the EU Official Journal, on Saturday, the European Union sanctioned the heads of Intelligence Services of Russia and some members of the Russian Security Council for their involvement in the crisis in Ukraine.

Nikolai Bortnikov, head of the Federal Security Service (FSB), and Mikhail Fradkov, head of Intelligence Services, are on the new list of 15 individuals and 18 entities targeted with freezing of assets and travel bans in the EU, for attacking the territorial integrity of Ukraine. Chechen President Ramzan Kadyrov also appears on the list.

The heads of Russian Security Council, which includes Bortnikov and Fradkov, are accused of “contributing to the Russian government policy which threatens the territorial integrity, sovereignty and the independence of Ukraine”.

Kadyrov made “statements in favor of the illegal annexation of Crimea and for the armed Ukrainian insurrection”. In early June he declared that he was prepared to send 74.000 Chechen volunteers in Ukraine, if it were required of him.

Among the entities there are several companies based in Crimea, the Ukrainian peninsula taken by Russia in March, including a hotel complex from Yalta.

In parallel, the European Union is expected to adopt, next week, the same type of sanctions, targeting individuals that are being accused for the annexation of Crimea, the destabilization of eastern Ukraine, or for benefitting from them. On this new list, which is to be finalized on Tuesday, the name of some close oligarchs of Russian President Vladimir Putin might appear.

The 28 states are ready to adopt, as of next week, tougher economic sanctions in the area of access to financial markets, selling of weapons, energetic technology and goods with dual, civilian and military, use.