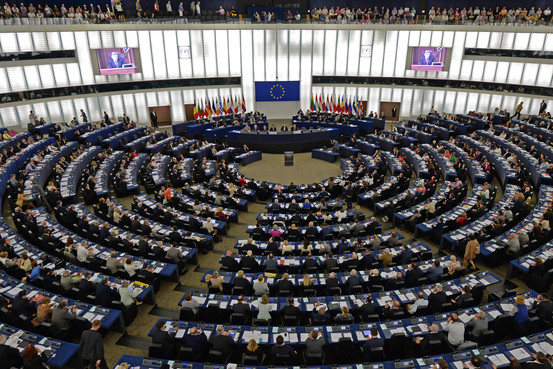 On Tuesday, the European Parliament ratified, at the same time with the Kiev Parliament, the Association Agreement between Ukraine and the European Union, AFP informs.

The agreement, whose vote was described as “historic” by the President of the European Parliament, Martin Schulz, had 535 votes in favor, 127 against and 35 abstentions.

After the vote, the parliamentarians sang the Ukrainian national anthem. Ukrainian President Petro Poroshenko subsequently signed the agreement in the applause of those present.

This agreement, which includes political and economic components, remains mainly symbolic at this point, after the EU announced the postponing of the free trade agreement until the end of 2015, to allow discussions with Russia, which opposes this agreement.