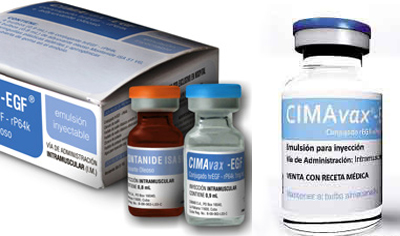 The Cuban cancer vaccine is heading to the US for trials

The result of a 25-year Cuban research project is a therapeutic vaccine for lung cancer. It is used in Cuba for adults that are suffering from stage III or IV NSCLC (non-small-cell lung cancer). It is called CIMAvax EGF. The EGF stands for ‘epidermal growth factor’. The vaccine works by stimulating the patients’ immune response system to release effector antibodies against the EGF.

Following a recent trip to Cuba by Governor Andrew Cuomo accompanied by a few businessmen, the Roswell Park Cancer Institute of Buffalo has signed an agreement for importing CIMAvax to the US.

Kelvin Lee, chief immunologist at the Institute, described the vaccine as cheap, effective and non-toxic. He stated that CIMAvax will treat lung cancer patients and prevent it in those who don’t have it already. It represents a major step forward in the fight against this horrid disease.

The vaccine has a long journey to make before appearing on the US market. Not a physical one, from Cuba to the USA, but a theoretical one, through the FDA. The Food and Drug Administration is a federal agency in the US, responsible for regulating food, tobacco, prescription medicine, so on and so forth, including new vaccines. The Roswell Park Cancer Institute of Buffalo hopes that the FDA will approve the revolutionary vaccine and that clinical trials will begin in the next eight months.

If it gets approved, Cuban scientists will visit the Institute as well in order to help with the tests and research.