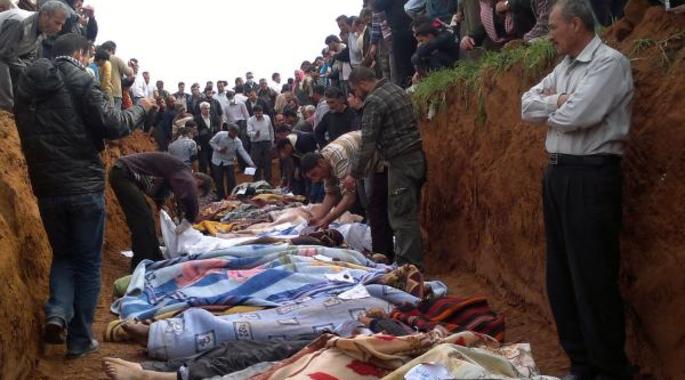 The conflict in Syria – More than 180.000 deaths, a third of which were civilians

Over 180.000 people, a third of which were civilians, were killed during the conflict in Syria, that has been lasting for over three years, according to a new total published on Thursday by the Syrian Observatory for Human Rights (SOHR), AFP informs.

„After the first victim of the revolution was recorded on the 18th of March, 2011, in the Deraa province, a total 180.215 deaths have been reported”, SOHR stated.

Among the victims there are 58.805 civilians, out of whom 9.428 were children and 6.036 were women, according to the latest total which includes the victims reported by the 20th of August.

At the same time, 66.365 members of the Syrian army and of the pro-regime militias were killed along with 49.699 rebels and foreign jihadists, including members of the radical group, the Islamic State (IS).

Among the rebel casualties there are 16.855 foreigners.

Furthermore, 2.931 of the victims could not be identified, said SOHR, which states that the number of victims on both sides is much likely higher.