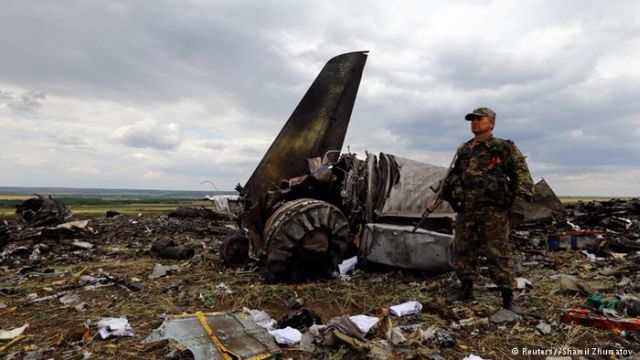 The black boxes of flight MH17 were handed to Dutch investigators

The black boxes are to be taken in the United Kingdom, where the stored data will be analysed.

The black boxes of Malaysia Airlines’ flight MH17, that crashed Thursday in East Ukraine, were sent to Dutch investigators, that will lead the international investigation on the cause of the crash, said the Dutch Ministry of Foreign Affairs.

„The black boxes of flight MH17 were sent to the Office of Security /OVV/ by Malaysian experts”, stated the ministry in a broadcast, quoted by AFP.

„The representatives of Malaysia and OVV signed a transfer agreement in the Kiev Airport on Tuesday night”, according to the ministry.

The black boxes are to be taken in the United Kingdom, in Farnborough, where the stored data will be analysed.