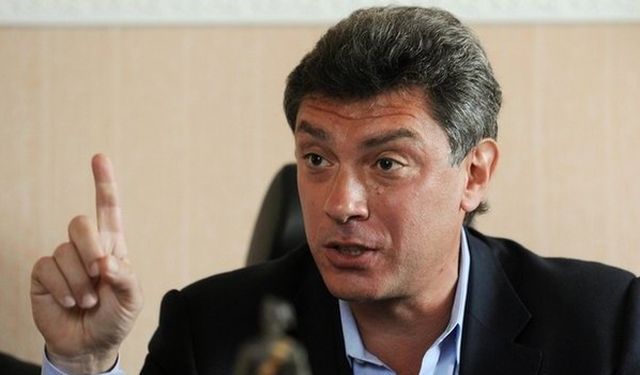 Russian politician Boris Nemtsov, the leader of the opposition to Putin’s regime, was murdered on the night of Friday to Saturday in downtown Moscow

An unknown attacker shot Russian politician Boris Nemtsov four times in the back on a bridge near Kremlin, according to the police. Nemtsov was to organize a march of protest on Sunday against Vladimir Putin’s policy towards Ukraine and against the corruption and authoritarianism manifested in domestic politics.

Boris Nemtsov, aged 55, was vice-premier in the 90’s, under President Boris Yeltsin, a time when he got noticed as a reformist in economic policies. In a recent interview, Nemtsov said that he fears that he will be killed on Putin’s orders, because of his position on the Ukraine war.

A spokesperson of Vladimir Putin declared that Nemtsov’s assassination “bears the marks of an assassination and is clearly a challenge”. Putin took “personal control” over the investigation.

Ukrainian President Petro Poroshenko characterized Nemtsov as a “bridge between Ukraine and Russia”. “The killer’s blow destroyed it. I don’t think this happened by chance” said the Kiev leader.

Gary Kazparov, political opponent, former chess world champion: “In this hatred and violence atmosphere created by Putin, both outside of and inside Russia, bloodshed is compulsory to show loyalty, to show that you’re part of the team. The problem is not whether Putin gave the order to murder Boris Nemtsov. The problem is Putin’s dictatorship. His permanent propaganda about the enemies of the state.”

Former Soviet leader Mikhail Gorbachev declared that Nemtsov’s assassination complicates things in Russia, with the risk of a destabilization, by increasing tensions between the government and the opposition. “It is hard to say who did this, we shouldn’t rush to conclusions now, but leave time for the investigators to solve it.”

Gorbachev did not exclude the fact that the assassination could encourage authorities to introduce an emergency state, which would lead to the deterioration of an already difficult situation.