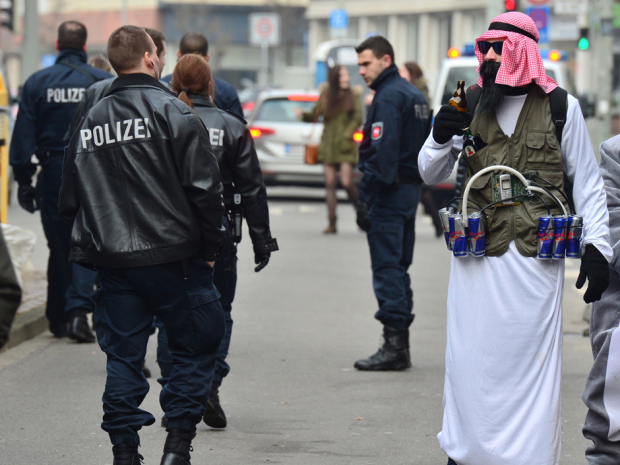 On Sunday, German authorities launched an alert due to an “Islamic nature” terrorist attack and cancelled the largest carnival held in northern Germany, in the city of Braunschweig

According to the Deutsche Welle station, Mayor Ulrich Markurth and the parade organizer Gerhard Baller cancelled the carnival shortly before 11.00, local time. The event was to start at 12.20, local time.

Braunschweig authorities announced that the event was cancelled after reliable state sources learned about “a real threat” of an “Islamic nature” attack.

Police urged the visitors not to make an appearance on the parade route.

The “Schoduvel” parade is the biggest event in northern Germany and takes place on the weekend before the start of the Easter Fast. Many cities also include floats in the parades they organize.

On Sunday morning, surveillance was increased at the border between Denmark and Germany, after three people were killed and five injured in two separate armed attacks in the Danish capital of Copenhagen.

On Sunday, Copenhagen police confirmed that they believe that a man who was shot and killed by officers is the author of both attacks – the first one committed on Saturday morning at a café where a controversial Swedish cartoonist, Lars Vilks, was hosting a debate on freedom of speech, one hour after midnight (Saturday to Sunday), near the main synagogue in Copenhagen.