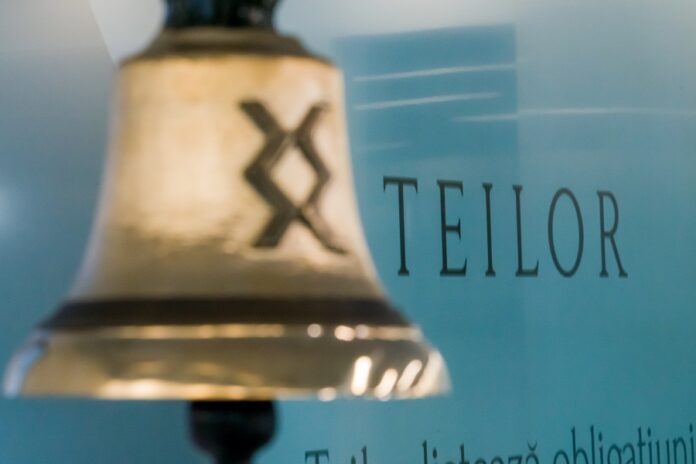 The Bucharest Stock Exchange announced on Tuesday that Teilor Holding has started trading its first bonds on BVB and the two issues of Teilor bonds, in RON and euro are traded under the stock tickers TEI26 and TEI26E.

“The capital attracted from investors of RON 45mln will be used for the accelerated development of the three businesses in the group, respectively for the expansion of the network of Teilor jewellery stores in Romania and Europe,” said BVB in a press release.

“It will also contribute to the increasing number of new agencies operating under the umbrella of Teilor Invest Exchange and Invest Intermed GF IFN,” added BVB.

“Our target is to reach 1 billion lei in sales by 2026 when the bonds that we are listing today (Tuesday) on BVB will reach maturity,” said Mircea Varga, Board Member at Teilor Holding.

The two private placements, one in RON and another in EUR, took place in November 2021, with the participation of 139 investors. The company issued 140,035 corporate bonds in RON with a nominal value of RON 100 per bond, 5-years maturity and a fixed interest rate of 8,25%.

The euro-denominated corporate bonds have a nominal value of EUR 100 per bond, 5-years maturity and a fixed interest rate of 5,75%.

In the first six months of 2021, the companies from Teilor Holding registered a combined turnover of RON 121.4mln, an 84% surge compared to the first half of 2020.