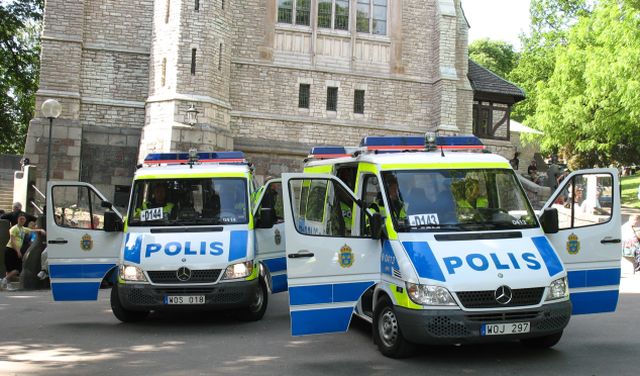 Swedish Minister of Interior, Anders Ygeman, declared for the TT agency that a dialogue is taking place between the Swedish Government and the religious groups in order to strengthen security measures

On Monday, Swedish police increased the security measures around synagogues and mosques, following the attacks in Copenhagen at the end of last week, which shocked Denmark.

Swedish Minister of Interior, Anders Ygeman, declared for the TT agency that a dialogue is taking place between the Swedish Government and the religious groups in order to strengthen security measures, according to TheLocal.se.

„Soon, police will increase its presence, but over a long period of time we must work with the religious groups to help all Jewish people living in Sweden feel safe”, he said.

The leader of the center-right opposition, Anna Kinberg Batra, highlighted the seriousness of the attack. “In recent weeks we have seen some examples of terrorism and violent extremism also directed towards Jewish targets and this is a very serious matter. Everyone should be able to practice their faith without fear of violence”, she told TT.

„We are in need of a stronger European cooperation between Governments and agencies in order to prepare a clear action against terrorism and to be able to better prevent radicalization”, she added.

Meanwhile, the Copenhagen police confirmed that the alleged author of the double attack was known by the officers. “He is a 22 year old man, born in Denmark, and is known by the police for several crimes”, a statement shows.

The man, who was killed on Sunday by the police, repeatedly violated Danish law for possession of firearms, according to the statement, which does not provide any further details.

Although police did not specify his name, Danish and Swedish press identified him as Omar Abdel Hamid El-Hussein. According to the press, he was 22 years old and was released from prison two weeks before, after serving a sentence for aggravated assault. The police’s statement added that the investigation is concentrating on the man’s activity before, during and after the attacks.

The young man killed a director on Saturday, and on the same night he killed a Jewish person, in the bloodiest attacks recorded in Denmark in the last 20 years. Five police officers were also wounded in the two attacks.

Denmark is in shock after these attacks. Prime Minister Helle Thorning-Schmidt left flowers at the synagogue, the scene of the second attack and sent a message of solidarity with the Hebrew minority. At the same time, she described the attacks as “terrorism”, while the international community condemned these acts.