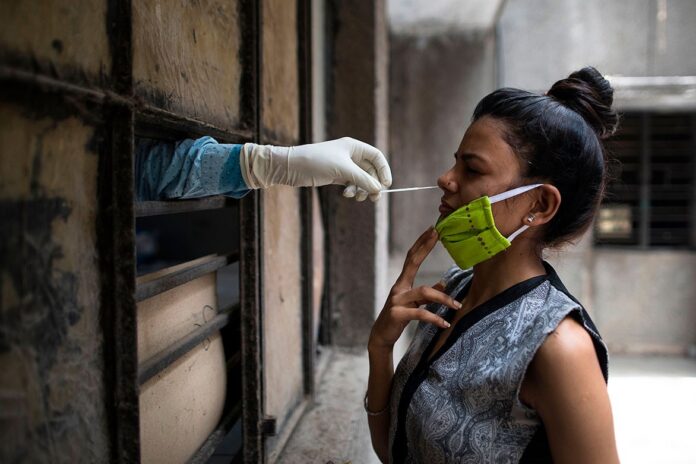 Study: Omicron appears to protect against delta Covid variant and could displace it

People infected with the heavily mutated omicron variant of Covid-19 may have increased immune protection against delta and, as a consequence, omicron could displace delta, according to a study published by South African scientists this week, quoted by CNBC.

The findings could have significant implications for nations such as the United States where omicron infections are rapidly increasing but the delta variant, which has caused an increase in hospitalizations, is still widespread.

“These results are consistent with Omicron displacing the Delta variant, since it can elicit immunity which neutralizes Delta making re-infection with Delta less likely,” the team of scientists, led by Khadija Khan at the Africa Health Research Institute, wrote in their findings.

If omicron displaces delta and proves more mild than past variants, “the incidence of Covid-19 severe disease would be reduced and the infection may shift to become less disruptive to individuals and society,” according to the scientists’ findings.

Omicron was first identified by South Africa and Botswana in November.

The study has not yet been peer reviewed. Researchers have been publishing their findings before they are evaluated by other experts in the field due to the urgent nature of the pandemic.

The study followed 13 people, 11 of whom had been infected with the omicron variant. Seven of the participants were vaccinated, including three people who received two doses of the Pfizer and BioNTech vaccine and four who received the Johnson & Johnson vaccine.

The antibody response of people infected with omicron appeared to increase protection against the delta variant more than fourfold two weeks after the participants enrolled in the study. Participants also showed a 14-fold increase in the ability of antibodies to block omicron reinfection.

However, the scientists cautioned that it is unclear whether increased protection is due to omicron-induced antibodies, vaccination or immunity from a previous infection. Vaccinated individuals demonstrated stronger protection.

Epidemiologists have warned that even if omicron proves less severe than delta, it could still overwhelm hospitals simply by spreading much faster than delta.