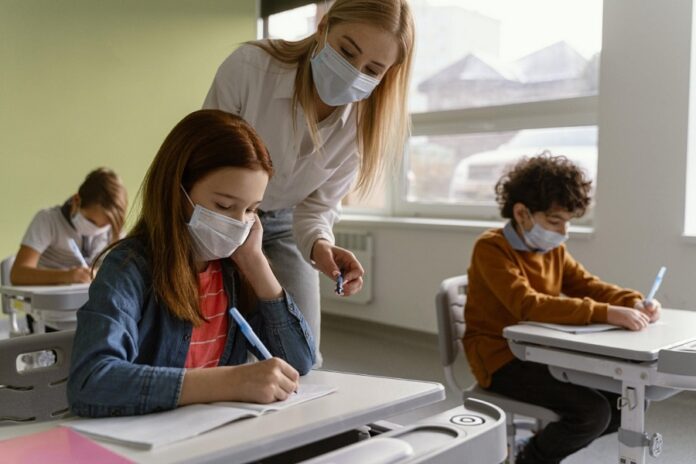 Study: Fears and expectations of Romanian parents’ on the new school year

Reveal Marketing Research conducted a study in Romania to see how parents have perceived the beginning of the school year, their fears, worries and how much they spent on clothes and school supplies, according to a press release.

Study shows that at the beginning of the new school year 9 out of 10 children will come to school with new clothes and school supplies for which Romanian parents have invested a 3-digit budget (200 lei – 500 lei).  92% of parents have said that they have purchased supplies for the new school year, while 84% of them say that they have bought clothes.

The expenses for the new school year increases for children from one school year to another. For a preschooler, the total average budget amounts to over 600 lei and for a high school student, parents declare that they have spent even over 900 lei. This is given that the average net earnings were almost 3,400 lei in January.

The research indicates that 79% of parents agree with starting school in the classic format before the pandemic, with pupils going back to sitting at desks, even though the virus has not been completely eliminated. On the other hand, 21% of parents believe that school should not start in the classic format. There are also parents who want to resume their courses in a hybrid format (14%) or online (7%).

The percentage of parents who opt for school in the classical format is higher than those who have children aged between 6 and 10 years (82%).

the number of parents who are in favour of the hybrid system is higher than parents of high school students (14%), and the online system is preferred by parents whose children are between 11 and 14 years old (12%).

The collection method for the study was 1009 CAWI interviews (online collection), nationally representative urban + rural sample, 18+, online users, of which 370 respondents with children at school. That was collected between 6 and 12 September 2021.