Shocking images. A man is thrown off a building by ISIS terrorists 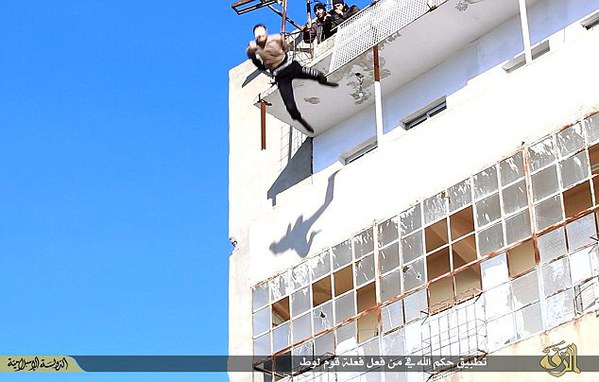 A man was thrown off a building by ISIS terrorists, because he was a homosexual

The images are going all around the Internet. The man is blindfolded, then thrown off a tall building by a group of persons who are dressed as ISIS terrorists.

In the Friday edition, Daily Mail was writing that the man was considered a homosexual and was sentenced to death by an Islamic State court.

And this was not the first case. A few days ago, another man was thrown off a building, but he lived a few hours after. He did not die because of the fall (tens of meters), but because of the stones thrown by the people on the ground, who were watching the scene as if it were a show.

This is the method by which the Islamic State militants chose to punish homosexual men. The terrorists film the scenes and then publish them.