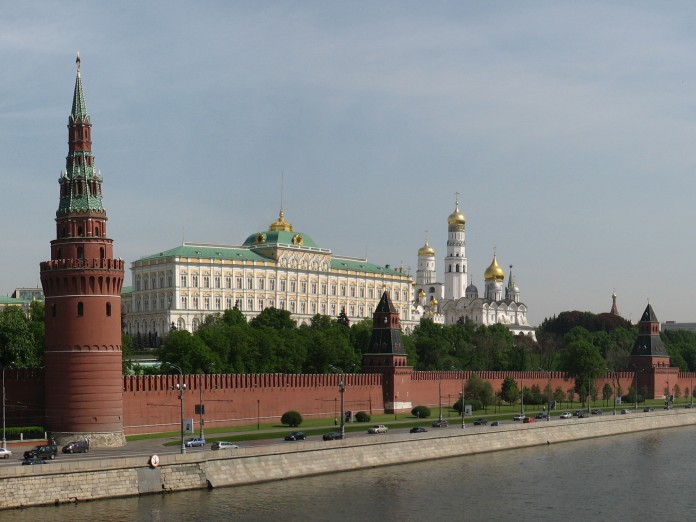 Kremlin would have had a plan for its involvement in Ukraine since before the ousting of pro-Russian President Viktor Ianukovich, whose authority had more and more to suffer due to the protests started in November 2013. The declaration belongs to Dmitri Muratov, the head editor of the bi-weekly (opposition) newspaper Novaia Gazeta, Agerpres writes, quoted by radiochisinau.md.

Novaia Gazeta journalists came into the possession of a secret document of Kremlin, which provides the splitting of Ukraine, declared Muratov, in a show, at the end of last week, on the Eho Moskvi radio station. The document would have been elaborated, according to him, from the 4th to the 15th of February 2014, amid the Kiev protests, by a group of people close to Kremlin, including the Russian “Orthodox” oligarch Konstantin Malofeev.

„The events underway in Kiev clearly demonstrate that President (Viktor) Ianukovich’s power can be terminated at any time. In these circumstances, the fixation on the centrifugal aspirations in different regions of the country seems proper. And, in one way or another, the initiation of the annexation of the Eastern regions in Russia” Muratov quoted from the secret document.

In the preamble it is stated the Viktor Ianukovich is a “person of questionable moral-volitional qualities”; he is afraid to leave his post and is even willing to “surrender” the security forces involved in dispersing the demonstrators in Maidan, in exchange for the guarantee to remain in power and not lose his immunity.

According to said document, Russia is obliged to intervene in the matter of the “territorial integrity of Ukraine”. The reason given by the authors is that Moscow could lose not only the Ukrainian energy market, but also the direct control over the Ukrainian gas transport system, which would endanger Gazprom’s position in Southern and Central Europe and immensely harm the Russian economy.

In doing so, central roles are assigned to the Harkov region and to the Crimean peninsula, Muratov indicated, referring to the same document. According to him, Russia is assuming burdensome expenses along with the annexation of Crimea, but will also have a series of earnings – highly qualified staff, transport, industry, access to a demographic resource.

The authors of this strategy have advanced three objectives for Crimea and Eastern Ukraine, referring to this document. The first – the request of federalization or even of confederation as guarantee for these regions against any interference of the pro-Western and nationalist forces in their internal affairs. Second – the annexation, independent of Kiev, to the Customs Union (Russia, Kazakhstan, Belarus). Third – actions for self-proclaiming independence and the subsequent annexing to the Russian Federation, as happened with Crimea last March.

Dmitri Muratov indicated that Novaia Gazeta will publish on its Wednesday edition the full contents of this document, about the authenticity of which he has no doubt. In this regard, he added that the “architects” of the self-proclaimed Republics of Donetsk and Lugansk, Igor Strelkov and Aleksandr Borodai, worked for Malofeev, which may be an indication that the plan was actually implemented and not just locked away in a drawer.