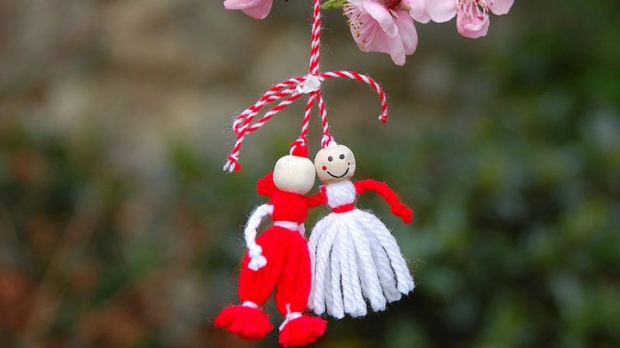 Romania’s martisor tradition to celebrate the start of spring

The tradition of martisor marks the beginning of spring and the change of seasons in Romania. This is only the first of a series of celebrations in March.

Celebrated on the first of March, martistor is one of the most important local spring traditions. On this day, even until March 8, men will provide women with small symbolic items wrapped in red and white intertwined thread as a sign of respect and love.

They are usually small objects, such as handmade flowers, jewelry and figurines tied together with the thread. It is said that red represents spring and heat, while white represents winter and the cold.

The most popular flowers during this period are snowdrops and tulips because they indicate that winter is coming to an end. Everything can become a martisor if the red and white thread is tied to it.

Some women choose to wear martisor throughout March because it is believed that women wearing the thread will be strong and healthy in the coming year. On the last day of March, they tied the string to the branches of fruit trees, which is said to bring wealth and good luck, reporter by Romain-Insider.