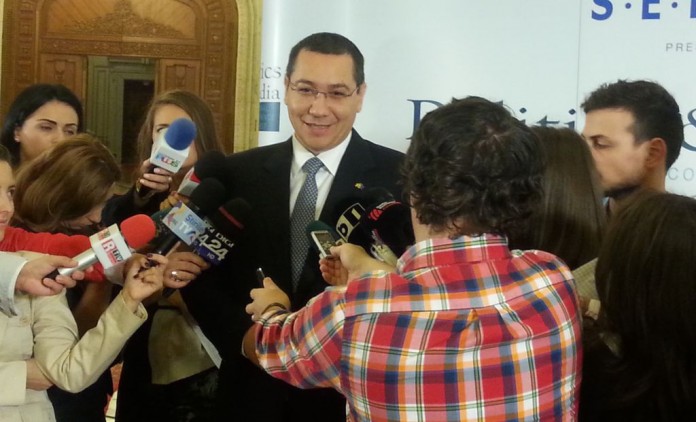 On Tuesday, Prime Minister Victor Ponta declared, at an international conference on media and political issues, that the owner of an important news trust blackmailed him, asking to find a solution so that he wouldn’t have to pay taxes anymore, otherwise he will attack him in the publications that he owns.

Victor Ponta declared that it was Adrian Sarbu and that he said that he could help him win the election, because he had “instated other Presidents” before.

On Tuesday at the Parliament House, Prime Minister Victor Ponta took part in the international conference dedicated to the freedom of the press, organized by SEEMO (South East Europe Media Organization), a regional organization of media editors in South-Eastern Europe, affiliated with IPI (International Press Institute), in partnership with: The Faculty of Journalism and Communication Sciences – University of Bucharest, Intact Media Group, Agerpress, SRR, Rador, ARCA, TVR News. Topic of the conference: the relationship between mass-media and politics.