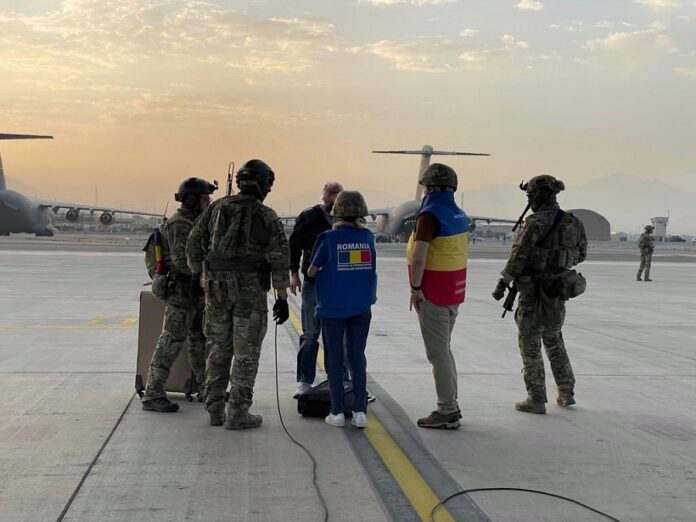 The Romanian Ministry of Foreign Affairs (MAE) announced on Thursday that a Romanian military aircraft landed safely at Kabul International Airport on Wednesday evening, where it evacuated a Romanian citizen, an employee of a NATO agency, according to Agerpres.

The MAE informed that the first flight to Kabul by a Romanian military aircraft was a success and managed to evacuate a Romanian national who was already at the international airport in Kabul and who opted for evacuation, according to a press release.

After evacuating the Romanian national, the aircraft took off for Islamabad, where it arrived safely and was assisted on arrival by the staff of the Romanian Embassy in Pakistan.

The ministry stated that a  mobile consular team of the MAE was also on board and was ready to provide special assistance in Kabul.

According to MAE, the security conditions were particularly difficult and dangerous in Kabul which meant that the evacuation of other groups of Romanian nationals to the airport could not be achieved until the Romanian aircraft was at the airport, although there was such a prospect.

“It should also be noted that access to the airport was restricted by check-in procedures at various checkpoints and the high number of people interested to get to the airport also made it a complex process to arrive,” said MAE.

“There are other European nationals and NATO member states who could not get to the airport to be picked up by the aircraft sent by their governments. Given that most of the Romanian nationals having opted for evacuation are in locations outside the international airport, the Interinstitutional Task Force has taken complex steps, through specific channels, to ensure their transfer to the airport,” added MAE.

The MAE explained that the Interinstitutional Task Force maintains permanent contact with Romanian nationals in various locations in Kabul.