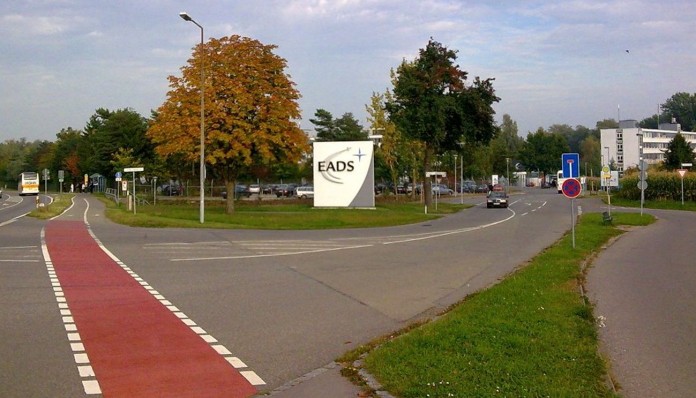 Dan Nica and Vasile Blaga are the first ex-ministers that are targeted by investigators in the great corruption file regarding the contracts signed with EADS, Microsoft and Fujitsu

Now investigated by prosecutors of the National Anticorruption Directorate, the great business of EADS – Microsoft – Fujitsu was „sealed” in 2002, during a meeting that took place in Rome, by the former communication minister, Dan Nica (PSD). The most important payments to the company with whom the contract for securing the boarders was deployed, were in exchange operated by the Ministry of Internal Affairs, during the second seat of Vasile Blaga (PDL) at the top of this institution.

Moreover, the main partner of EADS – Fujitsu was signing a contract with the Ministry of National Education in 2005 (the year during wich Vasile Blaga was renegociating the value of the contract for securing the borders). Viollete Blaga, wife of the Minister of Internal Affairs, was head of Legal and Control Direction of the Ministry of National Education at that time. To this is added that fact that Nei Guard, company which was until recently one of the main business partners of Vasile Blaga’s son-in-law, became one of the small subcontractors of EADS.

This explains the information provided by judicial sources, according to which, Dan Nica and Vasile Blaga are under the investigation of the anticorruption attorneys.

Investigations in Austria, USA and Romania: from the border security contract with EADS, to the top of Microsoft

Sursa Zilei reported since April 15 this year about the vast international level investigation regarding contracts signed by the Romanian state with large IT companies. The first corporations involved in the international investigations are Microsoft and Fujitsu – the most important subcontractors of EADS in the project for boarder security.

Therefore, two investigations – one developed by the Austrian investigators and the other by the US Department of State – unmasks the web relations through which fabulous amounts were directed by the Bucharest governments in the last ten years to Microsoft and Fujitsu Sistems Technology. At their turn, the two companies hired dozens of Romanian subcontractors who got a consistent amount from the mega contracts for security and computerising of Romania.

Dozens of files regarding computerising Romania (starting from the contract for border security, up to e-government platform and minimis) gathered simultaneously at the National Anticorruption Directorate (DNA). Only one attorney took them over. Reuniting these files involves reopening already closed investigations.

The mega-business regarding securing the borders of Romania did not take roots in 2004 at the signing with the French-German company, but in 2002 when Dan Nica, minister at that time, discussed every detail during a meeting arranged at Rome with the chiefs of EADS, Fujitsu and Microsoft.

This is how the documents now situated on the table of the Austrian attorneys look like. Documents were provided by Fujitsu’s current leadership to the Vienna Prosecutor’s Office – a part of them are addresses recovered from the company’s servers, and the conclusion is that Fujitsu’s employees from Romania bribed governors.

According to the same documents, the key man of the entire business is Claudiu Florică, an unknown illustrious in Romania. Florică is the one that – the Austrian investigators sustained – organised and intermediated the meeting in 2002, at Rome, and even supported the travel costs for the Romanian delegation.

Florică is none other than the former manager of Fujitsu Romania, but also the first employee of EADS at Bucharest.

EADS – millions in advance for the contract with the Romanian state

The same documents that were provided by the Austrian attorneys show that to obtain a contract with the Romanian state (as Claudiu Florică guaranteed) EADS payed Fujitsu Romania in 2004 – a year before signing the contract – the amount of 4 million Euro (VAT included).

EADS made this payment to Fujitsu Romania based on a consultancy contract signed on the behalf of Fujitsu by the same Florică. Fujitsu was then about to become his main subcontractor in Romania.

Moreover, an internal audit made by Fujitsu starting 2010 showed that the Austrian company made payments to Profinet Aktiengesellschaft, company that was also controlled by Claudiu Florică, for “unperformed services” of consultancy, mentenance and training. Profinet was disolved in 2007, but not before also subcontracting consultancy services on the contract regarding securing Romanian boarders.

Claudiu Florică is accused of redirecting millions of Euro from the budget of Fujitsu Romania towards companies controlled by himself. Thereby, Florică subcontracted consultancy with Profinet and Gessa Advisory from the position of manager at Fujitsu Romania, so that the Austrian company will become partner of EADS for securing the boarders of Romania.

Moreover, at the end of 2004, after leaving his job as a manager at Fujitsu Romania, Florică was sticked to the contracts executed by the Austrian company with the Romanian State. Practically, he started companies that, until last year, have been subcontractors of Fujitsu on the contracts with the public institutions in Romania. We are reffering to Dimsoft and Dconect, which in 2005 and 2006 became subcontractors of Fujitsu in the contracts signed with the Ministry of Communication, Ministry of Justice and Public Ministry. Both the companies cashed in their last invoices in the summer of 2013.

Vasile Blaga, former minister of the Internal Affairs, declared on Thursday, through a telephonic intervention at Realitatea TV station that he is greeting the DNA investigation. Blaga himself declared that in 2005, at the takeover of  the seat at Internal Affairs, he notified DNA against the signatory of the contract with EADS, Toma Zaharia, the former State Secretary and Prime Deputy of the Minister of Internal Affairs at that time. Initially, the investigations taking place in this case were closed with “no further criminal prosecution”. Blaga even claimed the DNA investigation must go beyond 2004, meaning in 2005, 2006, 2007, 2008, 2009, 2010… “investigate everything”.

But what is the former Internal Affairs Minister actually forgetting? It is true that in 2005 Vasile Blaga was becoming the hero for renegotiating the contract with EADS and announcing that its value was reduced from one billion Euro to 524,5 million Euro, with the possibility of subcontracting another 350 million Euro. At the same time, the principal partner of EADS – Fujitsu was signing a contract with the Ministry of Education, where Violette Blaga, wife of the Internal Affairs Minister , was the chief of Legal and Control Direction. Moreover, one the main business partners of Vasile Blaga’s son-in-law, Nei Guard company, became one of the small subcontractors of EADS.