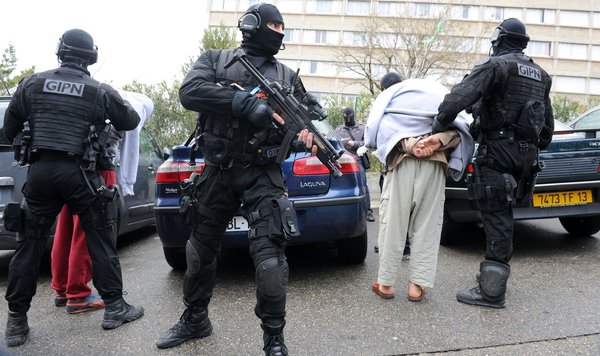 Romanian beaten and stabbed in France for alleged theft

Three men were placed in custody in the village of Dax, in Aquitaine (south-west), on the suspicion of having beaten and stabbed a homeless Romanian man, in a settling of scores, reported the daily regional Sud-Ouest on their online page on Tuesday, quoted by Mediafax.

According to the publication, the three locals, aged 19, 24 and 41 are believed to have assaulted and injured the Romanian on Sunday night in a house in which he was illegally residing. One of the suspects told investigators that the victim stole 150 euros from him on Saturday.

According to the first elements of the investigation, the three met the Romanian on Saturday night in a bar in Dax. They made acquaintance over a drink and decided to continue the party at the apartment of one of the locals, after which they continued to party, on the night of Saturday to Sunday, in the apartment of another of the suspects.

The author of the alleged assault found on Sunday that he was missing 150 euros, suspected his new “friend” of theft and decided to punish him and recover his money.

Accompanied by the other two, the 24 year old man went to the house that was occupied by the Romanian, taking a butcher knife with him. Once they beat him, in order to make him confess, the alleged assailant jabbed the knife into the victim’s buttocks, causing abundant bleeding.

The three fled. Noticing police on the Arenes Bridge, the suspect threw the knife in the Adour River. The prosecution would decide on Tuesday morning on the outcome of the file, wrote Sud-Ouest.