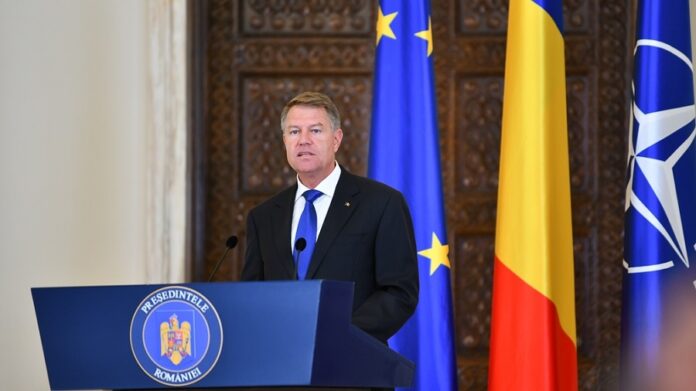 Romania in talks with U.S., France on potential NATO boost

Romanian President Klaus Iohannis said on Wednesday that Romania is in talks with France and the U.S. to establish how to increase the number of troops it hosts under the NATO framework amid rising tensions between Ukraine and Russia, according to Bloomberg.

„Romania shares over 600 kilometres of border with Ukraine and we must make sure we are prepared for any situation possible, Iohannis told journalists at the Cotroceni Presidential Palace after a meeting of the Supreme Council for National Defence (CSAT), Agerpres reports.

Iohannis stated that Romania is ready to allow the military alliance to station more troops on its territory to secure its own protection and that of the region.

Iohannis explained that the country has made a complete analysis of the security situation in the region in terms of military, economic and energy implications and also in terms of uncontrolled migration.

Romania has approved a plan to host Ukrainian refugees in case of a potential Russian invasion of Ukraine. The President reiterated the need to strengthen the NATO presence on NATO’s eastern flank, including in Romania.