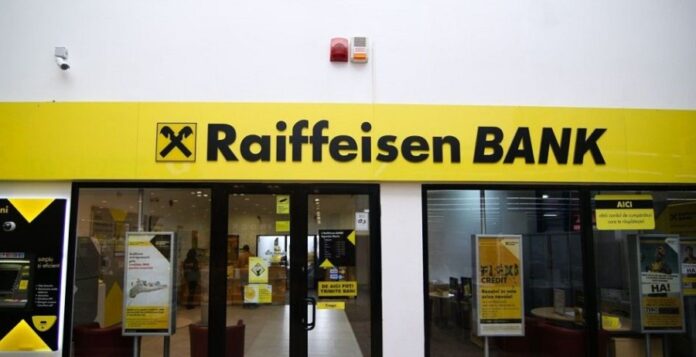 The Bucharest Stock Exchange (BVB) stated that Raiffeisen Bank‘s second green bonds issue worth over RON 1.2bln started trading on BVB on Friday and it is the largest corporate bond issue in RON of an issuer in Romania, according to a press release.

The Bonds are traded under the sticker RBRO28 and it is the first non-preferential senior bond issue of the bank.

BVB added that the funds raised will be directed to finance Raiffeisen Bank’s eligible projects to ensure the transition to a sustainable and sustainable economy.

The second green bond issue carried out by Raiffeisen Bank on the local market was addressed to institutional investors and attracted RON 1,207.5mn. The bonds have a 7-year maturity, with a fixed annual coupon of 3,793%, approximately 0.8 pp. over the yield of government securities issued in the same currency and with the same maturity.

With a total demand of RON 1.35bn, the issue was oversubscribed 1.35 times, compared to the amount initially announced in the opening of the private placement.

The bonds are to be included in the bank’s own funds and eligible debts base, after the prior confirmation of eligibility by the National Bank of Romania.

“Through the second issue of green bonds on the local market, we reaffirm our commitment to mobilize financial resources for sustainable purposes and to integrate social and environmental aspects in risk management, in order to ensure a progressive decarbonisation of our loan portfolio,” said Raiffeisen Bank President and CEO, Steven van Groningen.

‘On May 27th we rang the BVB’s bell to mark the listing of the first green bonds issue on the capital market. By listing the second green bonds issue, Raiffeisen Bank proves consistency in this new direction,” said Bucharest Stock Exchange CEO Adrian Tanase.