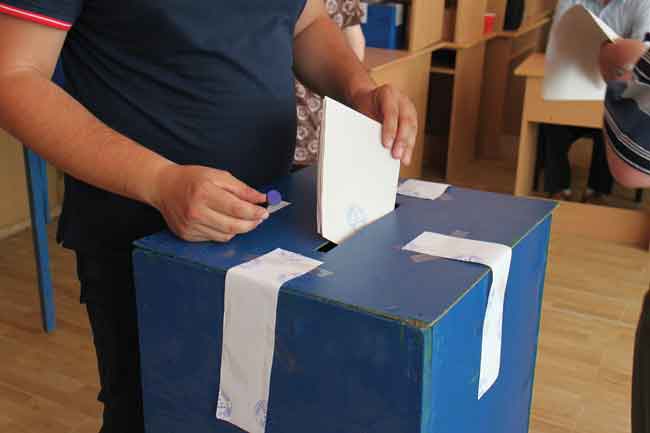 Presidential and legislative elections, on the 2nd of November in the Donetsk and Lugansk regions

The “Prime Minister” of the “Republic of Donetsk”, Aleksandr Zaharenco, said that the region will not organize the Ukrainian legislative elections set for the 26th of October

On Tuesday, the pro-Russian rebels of Eastern Ukraine announced presidential and legislative elections on November the 2nd in the self-proclaimed Republics of Donetsk and Lugansk, said Russian news agencies, AFP reports.

„We intend to hold elections for the Supreme Council (Parliament) and for the President of the republic on the 2nd of November” declared for Interfax the „Prime Minister” of „The People’s Republic of Donetsk”, Aleksandr Zaharenco, adding that the region will not organize the Ukrainian legislative elections set for the 26th of October.

We have our own Supreme Council and we will decide for ourselves what elections are to be organized and on what dates. No other elections, including the ones for the Ukrainian Parliament, will be held in our region

In turn, a leader of the other separatist region, “The People’s Republic of Lugansk”, announced that the presidential and legislative elections will be held in the same day as the ones in Donetsk.

„The elections will be held simultaneously with The People’s Republic of Lugansk, on the 2nd of November”, declared the “Chairman” of the “Supreme Council of the Republic of Lugansk”, Aleksei Kariakin, for the Russian official news agency Itar-Tass.