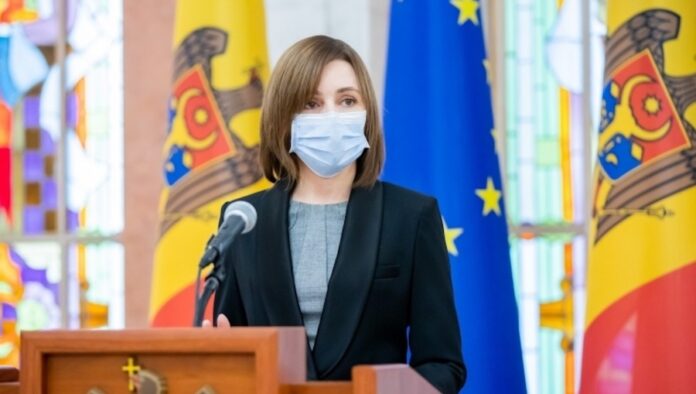 President Maia Sandu’s Party of Action and Solidarity (PAS) received a landslide of 52.45% of the votes in the general election in the Republic of Moldova on Sunday as preliminary results were shown on Monday, according to intellinews.com.

The result gave the PAS robust majority support in parliament to form the new government, allowing Sandu to press ahead with her reform agenda.

As the results came in, Sandu talked of building a free country and a state that takes care of its citizens. Sandu is a staunch supporter of the Republic of Moldova’s integration with the EU, and her party also campaigned on an anti-corruption and reform platform.

“People must soon feel the benefits of a clean Parliament and of a government that is actually concerned about the population’s problems. Today’s energy from voting must be used to change Moldova (…) As president, I want to work alongside an integral and competent government to unite society and put the interest of citizens at the heart of government efforts,” added the President.

After the counting of votes from 99.3% of polling stations, the PAS had 25 points more than its rival, the Bloc of Communists and Socialists, which was on 27.41%.

The turnout was 48.4%, somewhat lower than the 50.6% in the previous general elections held in 2019. Only one other party crossed the threshold to enter parliament, the Sor Party (5.79%) led by fugitive businessman Ilan Shor.

Based on the preliminary results, PAS would get 62 seats in parliament, the Communists and Socialists 32 and the Sor Party seven seats. While this allowed the PAS to form a government, it will not be able to amend the constitution, for which a minimum of 71 of the 101 MP votes is needed.

Among the parties left outside the legislative body are Renato Usatii’s Our Party (4.12%), the Dignity and Truth Political Party (PPDA, 2.34%) led by Andrei Nastase and the Democratic Party (PDM, 1.82%) previously controlled by fugitive oligarch Vlad Plahotniuc.

Since winning the presidential election last autumn against Socialist Party leader and incumbent president Igor Dodon, Sandu had been pushing for a snap general election to replace the parliament in which Dodon’s Socialists were the largest party.

Sandu finally achieved this in April after the Constitutional Court ruled that the state of emergency instituted by lawmakers — criticised by Sandu and her supporters as an attempt to block early elections — was unconstitutional.