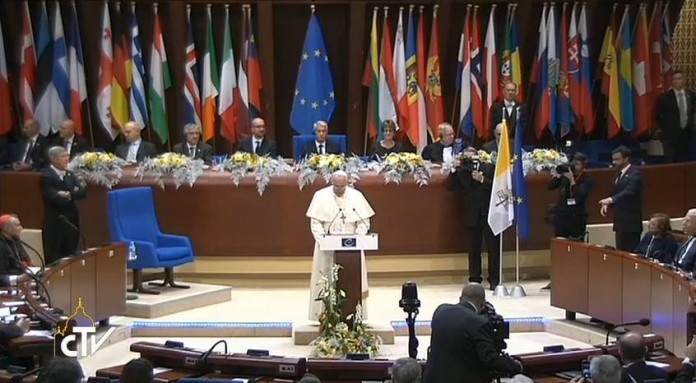 Pope Francis deplores the image of Europe as „aging”, in the EP

On Tuesday in Strasbourg, the Sovereign Pontiff began a visit of only four hours at the European Institutions

On Tuesday, during a speech held at the European Parliament in Strasbourg, Pope Francis lamented the image of an “aging” Europe, AFP reports.

Pope Francis began a visit of only four hours at the European Institutions. The Sovereign Pontiff was greeted on arrival at the European Parliament headquarters in Strasbourg by the President of the Community Legislative, Martin Schulz.