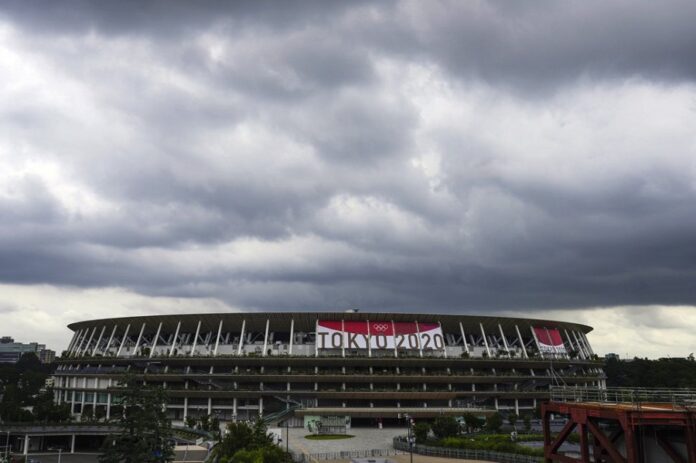 The Tokyo Olympics, delayed by the pandemic and opened under oppressive heat, is due for another hit of nature’s power, a typhoon arriving Tuesday morning is forecasted to disrupt part of the Games, according to AP News.

Archery, rowing and sailing have already adjusted their Tuesday schedules. Tokyo Games spokesman Masa Takaya said there were no other changes expected.

“It is a tropical storm of three grade out of five, so you shouldn’t be too much worried about that, but it is a typhoon in Japan interpretation. This is the weakest category, but this is still a typhoon so we should not be too optimistic about the impact of the course,” added Takaya.

On the beach about 90 miles east of Tokyo, the competitors want the change in weather so long as the rain and wind don’t make total landfall. The surfing competition was delayed Monday because of low tide. But if the storm hits as expected, it could deliver waves twice as high as expected.

The Japan Meteorological Agency said Nepartak was headed northwest over the Pacific Ocean east of Japan on Monday with landfall expected Tuesday afternoon. The storm could bring strong winds, up to 5.9 inches (150 millimetres) of rainfall and high waves as it cuts across Japan’s northeastern region.

In advance, organizers made the first major alterations to the Olympic archery schedule because of the weather. The Tuesday afternoon sessions have been postponed until Wednesday and Thursday.

At Ariake Tennis Park, the centre court has a retractable roof that can be closed for inclement weather, but play on outer courts would have to be suspended.