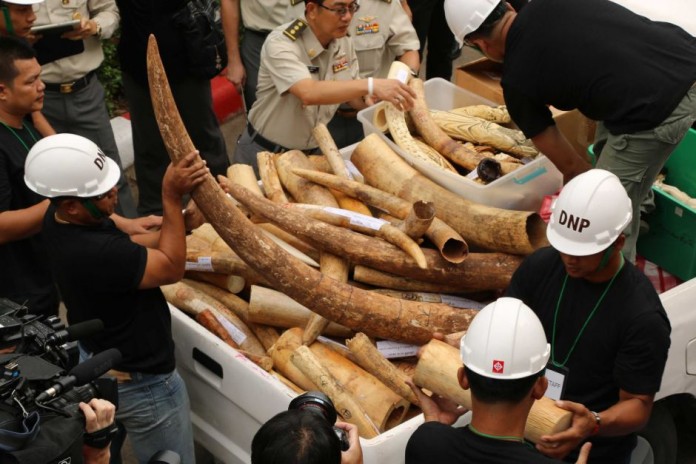 Over two tons of ivory were destroyed in Thailand

Thailand, a country renowned for being a Heaven for illegal tusk trade, has just destroyed two tons of ivory in a move against the trafficking. This comes after strong pressure from the international community, especially from animal rights groups.

“This is to show the Thai government’s strong determination to oppose ivory trafficking and that Thailand will comply with international rules” declared Prayuth Chan-ocha, the Thai junta leader, according to ABC.net.au.

The 2155kg of trinkets and tusks were placed in an industrial rock crusher, after which the remains were incinerated.

For too long Thailand has been exploited by wildlife criminals as both a gateway and marketplace for ivory poached in Africa and Asia. This event aligns the commitment of the Thai government and the will of the Thai people with the global priority of stopping the illegal ivory trade – Janpai Ongsiriwittaya, WWF.

Approximately 540 more kilograms of ivory were donated to universities, museums, and government institutions for study and awareness purposes.