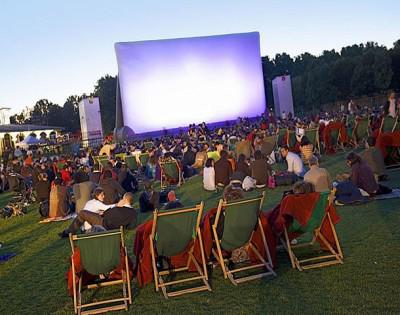 Approximately 2 percent of Russia’s population is forced to live on the streets. With no stable home, you can’t get a job; with no job, food is scarce. When compared to the general population, the homeless are more prone to develop mental illnesses, and to become alcoholics or drug addicts. A number of studies state that there is a clear correlation between homelessness and the probability of breaking the law.

A Russian non-governmental organization called Friends on the Streets is collaborating with local officials in Moscow in order to help this often forgotten part of the population. They have set up an outdoor cinema for the needy, where they can go and enjoy a Soviet comedy, hot meals, and receive medical aid. The cinema was opened on the 19th of July and will run once a month throughout the summer.

More than anything we have a dream to change attitudes towards homeless people, because they are often abused and mistreated, and it is very hard for them to live. We have great plans, we want to organize a beauty salon for the homeless. Next Saturday we will play football – Natalia Markova, Friends on the Streets volunteer, for Al Jazeera