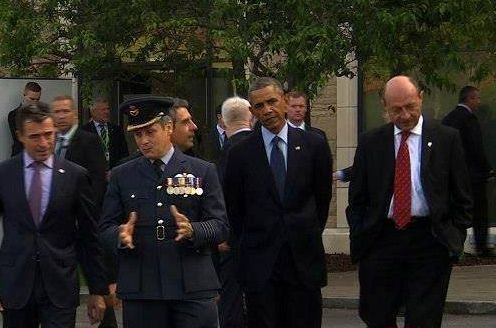 It’s hard to say, watching this picture, if the US President Barack Obama got another puppy or if Romanian President Traian Basescu just wants to get to his level. Physically speaking, because in any other way it is impossible. Or maybe he likes to walk on the sidewalk because it was manufactured by Adrian Videanu’s company. And installed by Theodor Berna’s company.