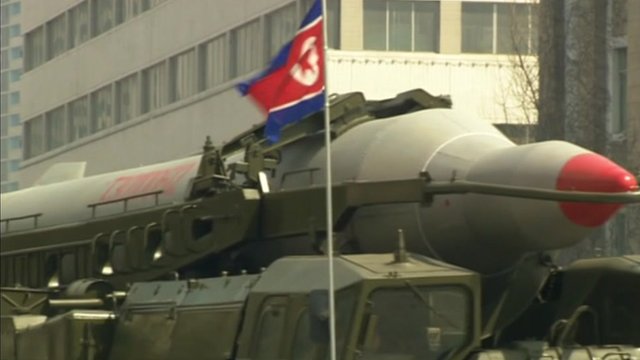 North Korea is threatening with a new nuclear test

On Thursday, North Korea condemned the UN vote on a resolution which represents the first step towards bringing the North Korean regime in front of the international justice for crimes against humanity and threatened with a new nuclear test, AFP informs.

On Tuesday in New York, the Human Rights Commission of the UN General Assembly voted a resolution asking the Security Council to refer the ICC regarding the abuses of the North Korean regime.

This resolution is “a fraud”, reacted the North Korean Ministry of Foreign Affairs, accusing the United States that they are at the forefront of the attempts to humiliate Pyongyang in front of the international community.

„This aggression from the United States does not allow us to contain ourselves from conducting a new nuclear test” he added in a statement.

This text is an echo of the declarations made by North Korea’s ambassador at the UN, Sin So Ho.

The text of the resolution, with non-coercive character, is largely based on a 400 page UN report, published in February, which concluded, after a long investigation, that Pyongyang violated human rights “unparalleled in the contemporary world”.