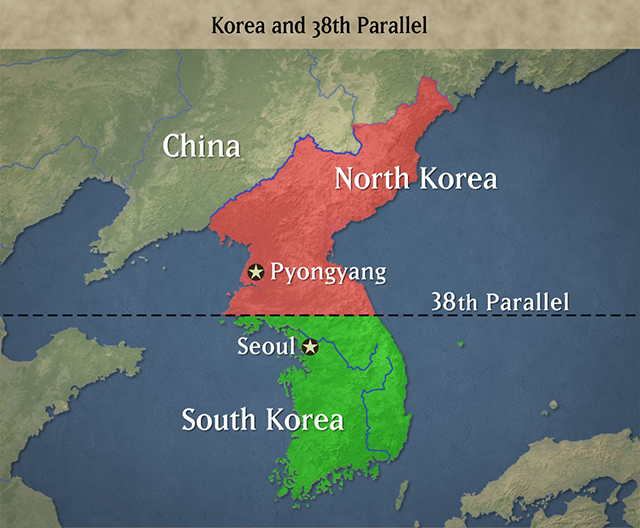 The Korean War unofficially ended in 1953, when an armistice was agreed upon by the two. Unofficially, because no official peace treated has ever been signed between the two Koreas.

In 2010, four South Korean soldiers were killed when North Korea attacked one of the South’s islands. Now, the South Korean Ministry of Defence announced that the North Korean army shot a projectile towards the Yeoncheon town. They were most probably targeting the loudspeakers broadcasting anti-North-Korean messages. The South has started broadcasting them ever since two of their soldiers were injured after stepping on landmines placed by the North around the border.

South Korea retaliated by firing dozens of rounds towards the projectile’s launch site. Residents from around the impact area have been evacuated.

Seoul officials are holding an emergency meeting in order to assess the situation.